Earthquake Lights Thought to Be UFOs Have Earthly Explanations 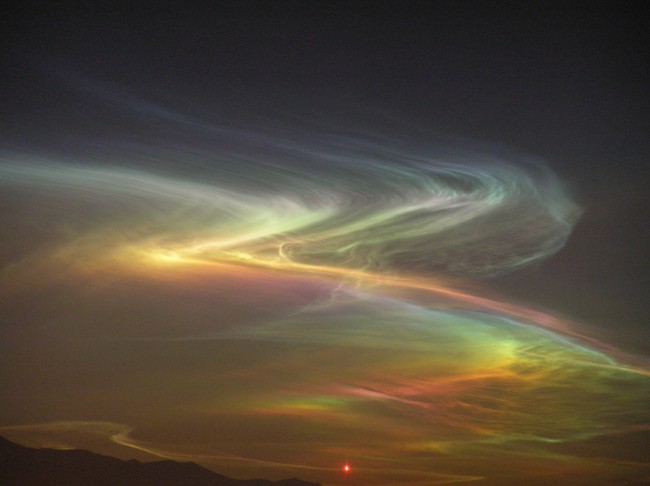 Earthquake lights thought to be UFOs have earthly explanations, new theories published this week show the connection between tectonic structures and strange orbs of light and rainbow flames seen before and during some of the worst earthquakes in history. A deeper understanding of the structure of the Earth led to the theory that nearly vertical faults found where continental plates are splitting reach nearly to the earths core cause the lights by allowing young crystalline rocks buried deep underground near the Earths magma to rise toward the Earths surface. As the tectonic plate the rift is located in shifts and moves, the friction between the edges cause pressure as the edges grind together. When this pressure is released, earthquakes occur. This same pressure is responsible for the mechanical phenomenon of some crystal compounds that create electricity when bent or twisted.

Sometimes, the crystalline structure of the magmatic stones is appropriate to create electrical energy when subjected to the stress of the moving plate. This electricity is stored as the plates shift until it is released with the pressure. The energy then travels up the fault and out of the surface of the Earth, ionizing the air and creating the strange orbs or dancing flames. The Auroras are caused by this same process when the ionosphere is struck by solar radiation. About 85% of the time, the lights can be seen at the site of the pressure release just before or during an earthquake. Even the inconsistent appearance of earthquake lights thought to be UFOs have earthly explanations to do with the type of boundary between the plates, with earthquakes caused by subduction faults rarely causing the phenomenon. On top of this, there is sometimes enough energy created by the pressure beneath the Earths surface to cause the lights, but it is released too slowly to cause an earthquake.

Now that earthquake lights thought to be UFOs have earthly explanations, geologists are hoping that they can be used to increase disaster preparedness and help earthquake prone areas to better plan evacuations. The stunning variety of the lights themselves may make that difficult, but their startling appearance is almost enough to make running away look like a good idea. The Seismological Research Letters journal looked at 65 cases in the last 400 years from dozens of regions, and descriptions of earthquake lights include floating orbs of bright white light, streaking meteors, and even plumes of fire pouring out of concrete. Now that video recording equipment has become so pervasive, it is possible that reports of earthquake lights will become more common, contrary to old reports often being discounted as fantastical. 30 minutes before the massive 2008 earthquake that shook the Chinese province of Sichuan, hours of home video captured sparkling rainbow auroras high in the sky over the affected areas. Because China is too close to the border to see auroras the source of the lights was a mystery, but now that geologists have shown earthquake lights thought to be UFOs have earthly explanations, the mystery has been solved.