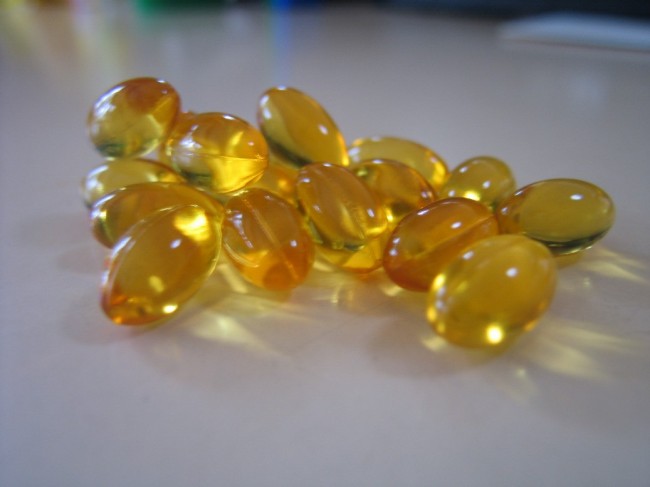 When 16-year-old Grant Virgin was critically injured and left comatose after an horrendous hit and run car accident in 2012, his desperate parents were willing to try anything to bring him back to life, including ingesting fish oil. Ultimately, when the medical team wanted to pull the plug on the severely brain-damaged young man they said was clinically dead, his parents decided that fish oil, which contains a very high concentration of omega-3 fatty acids, might just do the trick. And miraculously it did!

While their son will never ever be the same person again, he is alive, and this is all that matters right now.

The Accident That Left Grant Virgin Half Dead

The accident that nearly killed Grant Virgin of Palm Desert in California was one of those nightmares that no parent ever wants to live through. Grant went for a walk and was hit by a car. While the driver did stop, she is said to have surveyed the scene and taken off again very quickly. She has never been traced.

Not long after, his father John Virgin and younger son Bryce went to investigate the flashing lights at an accident scene near their home. All they saw was a blood-drenched pavement that police had cordoned off. Relating the story to CNN recently, John Virgin said his heart sank and he realized his very worst fear. Perhaps fortunately Grant had already been airlifted to the nearest trauma center. But coming to terms with his injuries was a challenge the family wasn’t prepared for.

Grant Virgin had a torn aorta and his hugely traumatic brain injuries included fractures of the skull as well as bleeding in the brain. His spine and many of his other bones were fractured.

When John, Bryce and Grant’s mother JJ got to the hospital they were not prepared for a hopeless prognosis. So while the doctors advised them “let him go,” they said not a chance.

Having refused to pull the plug, the medical team operated on Grant a number of times, and for a long time he was on a ventilator, and in a coma. It became a waiting game to see if and when his brain would heal.

But John and JJ weren’t there for a wait. Even though Grant’s physical injuries were stabilized, his brain function wasn’t improving very much. That was when a friend suggested progesterone (which has been shown in research studies to reduce brain swellings) and fish oil, which they had learned had been used to help others who had been pronounced brain dead. They started by rubbing a progesterone-based cream on him, and later started administering very high doses of omega-3 fish oil.

Nobody really knows why it works – and it isn’t only Grant who has benefited from the fish oil treatment – but it is thought to be because the cell wall of the brain contains high concentrations of omega-3 fatty acids. As Dr Michael Lewis, founder of the Brain Health Education and Research Institute has been quoted as saying, if you supplement omega-3 fatty acids “in substantial doses, you provide the foundation for the brain to repair itself.” One thing Grant’s parents believe is that this miraculous oil helped to heal their half-dead son.

From Coma to Conversation

While there are concerns amongst medical and other people in terms of the treatment given to Grant Virgin, the only thing his family care about is that he is alive.

JJ and John reportedly sneaked small quantities of fish oil into the tube that was feeding him for several weeks. Then the decision was made to give him huge doses of the oil. Just two days later, Grant was able to phone his mother and talk to her. All she could say afterwards was: “Unbelievable.”

The most unbelievable part was that, as the family told CNN, it was only two months after doctors had said that they should pull the tube and “let him go.”

According to Dr. Barry Sears, a leading omega-3 specialist and President of the Inflammation Research Foundation, the fatty acid has a miraculous ability to switch off the inflammation using a metabolite of eicosapentaenoic acid (EPA) that is known as resolvin.

There are not prizes for guessing that EPA is found in fish oil.

Grant Virgin is not the only brain damaged patient to have been given fish oil as a treatment. Other cases include a teenager, Bobby Ghassemi who nearly died in a car accident and was miraculously healed with vast infusions of fish oil; and an eight-year-old girl who nearly drowned after her head was under the water for five minutes or more and who was then treated with high doses of omega-3 fatty acids.

In fact, according to Dr. Sears there are seven documented cases that can be found in medical literature. However, he also concedes that there are cases when fish oil has not worked.

But ask the Virgin family for their opinion and they will tell you that fish oil worked where conventional medicine couldn’t. Whether it was a miracle or something based on solid science that we still don’t really understand, the half dead teenage who was taken from an horrific accident scene in 2012 is alive and able to function. Grant Virgin is happy to be alive.