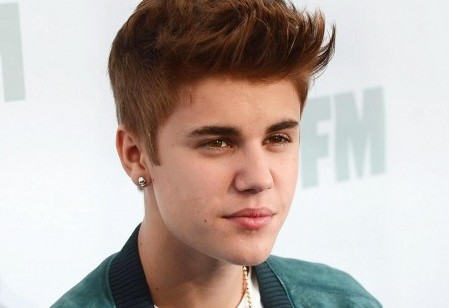 Justin Bieber and his “egg-stra” activity on a neighbor’s house has led to the Calabasas cops finding cocaine in their search of the singer’s home. It now appears that all of Bieber’s chickens have come home to roost after the performer’s felonious assault on the house “next door” caused over $200,000 damage which in turn led to the search of Bieber’s home.

The high monetary amount of damage caused by the egg projectiles means that the police can now charge the 19 year-old tearaway with a felony versus a misdemeanor. One of these offences could result in Bieber singing Jailhouse Rock from his very own juvenile jail cell.

This time, the pop star hasn’t had a “fall guy” in the guise of his security team or a pally eager to take the rap and police have taken advantage of the star’s slip up and swooped into the entertainer’s Calabasas home with a felony search warrant. Unfortunately for the singer, the local police obtained their warrant and hit Bieber’s house at around eight in the morning.

One of the first things discovered had nothing to do with eggs. The Sheriff’s department found some cocaine laying out in “plain view” and an arrest was made immediately. Justin did not get nabbed for the nose powder, but, one of his friends did. Critics of the singer have been saying that he needs to pick his friends more carefully. Justin’s manager Scooter Braun has even been telling his charge to watch who he includes in his crew. Their point seems to have been proven.

Los Angeles Police Spokesman Lt. David Thompson revealed in a press conference that the cocaine was not hard to spot. Apparently no one warned Bieber or his posse about the police raid, which did not take place at dawn, just early in the morning. Presumably that is why the “coke” was still out in the open; quite a lot of people like a bit of coke when they first get up just before taking a sip of their morning coffee.

Thompson went on to add that the Sheriff’s Department had “beefed up” their search team before hand as they did not know what to expect. After the search, he revealed that the team came in contact with around eight to nine folks inside the house. Without a large presence things could have gotten a bit tense during the search.

Presumably, the Calabasas cops were searching for evidence of Justin Bieber’s egg stash, but, found cocaine instead. Thompson said that the damage caused by the egg throwing incident did reach into the thousands and that it would not endear the singer to his neighbors.

Bieber has not tried to fit in with the other residents inside the gated community. There have been complaints that Justin has been racing throughout the area at speeds more suited to the highway. The tween idol has also been giving very loud and intrusive parties at his address with little consideration to the folks who live around him.

Before now, various friends and associates have “confessed” to the actions that Bieber has been accused of. On top of his “baby” wannabe gangster rappers taking credit for the speeding allegations, Justin’s security team generally takes the blame for any assault charges levied at the popstar.

This time it looks like Justin Bieber has lucked, again, out despite the Calabasas cops finding cocaine at his fancy address. There is still the issue of the egg-stra damage caused by the vandalism of his neighbors house though. That was the reason the police launched their early morning felony raid on his home. It may take a little longer for the egg evidence to turn up after the excitement of the drug find. Bieber will most likely be keeping a low profile until this all blows over. Of course, then again, he may not.