Justin Bieber: Caught With Molly in His House? 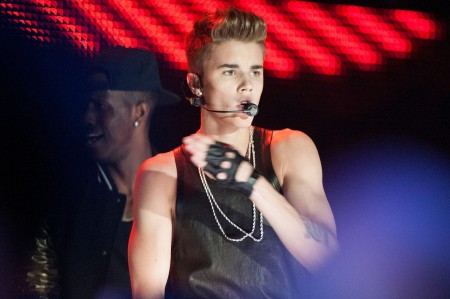 It was reported by several news outlets that teen idol Justin Bieber had “cocaine” which Sheriff deputies found during their felony egg search; it now turns out it could really be ecstasy, aka Molly; and he’s been caught with this powdered form of the drug in his house. Whoops. Not egg-actly what Justin needs right now.

Law enforcement spokesman Steve Whitmore revealed that the white substance discovered in “plain view” at Bieber’s house may not be cocaine at all. The one thing that Whitmore could say for certain was that the powder was definitely a controlled substance. The first reports stated that the drug found was cocaine, but, now the police think it could be ecstasy. Regardless of what the powder actually is the harm to the singer’s reputation could be immense.

Miley Cyrus made Molly a key ingredient in her We Can’t Stop song lyrics. “Dancing with Molly” caused an uproar with parents who remembered the singer’s Hannah Montana beginnings. “Molly” is actually a powdered, or crushed, version of the drug that grew to prominence as the substance of choice at illegal music raves.

Regardless of whether or not Justin Beiber has been caught with Molly in his house or cocaine, a man has already been arrested for the substance. The arrested individual has not been named, but, he has been described as being a “Bieber associate.” Presumably the man will be held until the authorities can ascertain just what the powder really is.

Law enforcement officials raided Bieber’s home after the damage caused by the singer’s alleged attack on a neighbor’s house with eggs reached into the thousands of dollars. The monetary amount of damage is said to be around $200,000 and this makes the offense an automatic felony.

The seriousness of the vandalism charge has not been forgotten despite the inclusion of drugs into the equation. Police have said that around eight to nine people have been detained that were found in the Bieber residence at the time of the search.

The 19 year-old singer’s neighbors have not been too happy with the non-stop antics of the teen popstar. Allegations of dangerous driving, with speeds reaching “highway levels” and loud and obnoxious parties, where the police have been called out repeatedly by annoyed residents, are just some of the problems encountered by denizens of the gated community.

Another neighbor was, allegedly, spit on when he went to see Bieber to complain about his excessive driving speeds. Some of Justin’s friends have claimed that they committed the speeding infractions, even though, there is no evidence that confirms their claims.

The original incident of egg throwing occurred last Thursday when a neighbor called police to complain that their house was being bombarded by the singer. The neighbor was home with his daughter when the egging took place and they both witnessed the act of vandalism. It has been reported that the whole thing had been caught on video tape, but, Bieber has not been arrested for the offense.

Law enforcement officials have said that they do not know what prompted the egg attack and that their investigations into Justin Bieber’s participation of the act was “on-going.” It was during their felony search of the singer’s home that the “cocaine” was discovered. Now that the authorities think the powder could be ecstasy, Bieber could have been caught with “Molly” in his house.

4 Responses to "Justin Bieber: Caught With Molly in His House?"