Justin Bieber Says No No No to Rehab 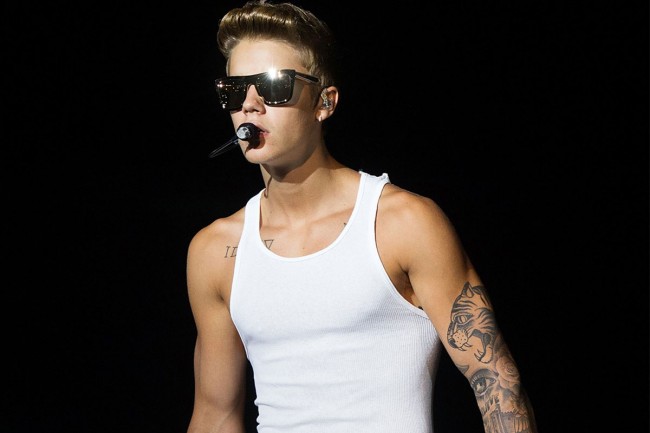 Rumors are circulating through celebrity news that Justin Bieber is reportedly consuming codeine infused cough syrup. TMZ reports Bieber’s team is trying to get the star into rehab, but Bieber is saying no, no, no to entering rehab. A reminiscing moment of another mega-star who died suddenly just as she was restarting her life from a pattern of drug abuse- Amy Winehouse. A revealing worry that may stem from Bieber’s recent decision to “retire.”

Sources close to the young, troubled star state when Bieber is feeling low, he will down up to 12 ounces daily of the worrisome drug. A pint of the potent mix usually runs around $800 street value and sources tell TMZ, Bieber is acquiring it from an overseas contact.

Instead of just immediately stating no, no, no to rehab, it is a real possibility for Bieber to consider. Sadly, drugs – including street or prescribed have been the downfall and death of some of the brightest stars in Hollywood. While to the general public, the life of a star seems amazing, it is something completely different to those walking the steps. They have paparazzi to handle every corner of their lives, there is a distinct disconnect between their family as they travel and attend events. There is the demands from agents, venues and their adoring public.

From the devastating death of River Phoenix at 23, who was the big brother to Hollywood eclectic, Joaquin to Heath Ledger who died at 28 – there is a message here. While Bieber is quick to denounce the need of rehab, perhaps taking a second look at his patterns lately, will promote a revisit of the idea. Much of what the public sees is not what happens behind closed doors. Consider the factors when it comes to Bieber:

Now reports are surfacing that Selena Gomez, on/off again love, to the Biebs may just be enabling his behavior. The point of a relationship should be to enhance the best qualities and remove away from the bad. Wetpaint is sharing, sources close to Gomez say she joins in on the wild partying when it comes to her beau. Reportedly, Gomez does so to remain close to Bieber and love is beginning to blind her.

Bieber has a lot of great qualities. He has used his stardom to promote fantastic organizations like Pencils for Promise and Make-A-Wish foundation. Certainly, no young star is expected to be a role model and anyone expecting that may just find themselves disappointed. Leaving the responsibility to a young star to set an example for the rest of young adults can lead to a collapse of ideology. There is the promising good one does, but once perfection is not met – well celebrity outlets will, typically rip the star into pieces.

Seemingly, it appears Bieber needs a break. A break away from people who enable negative aspects of his life, and away from potentially a very addicting cough medicine. There has been so much talent sadly lost in Hollywood over the past several years from drug abuse of some type. Amy Winehouse, Cory Monteith, Whitney Houston, DJ Adam and too many more to count have battled their inner demons and lost. While the reports are alleged use of the codeine substance, the idea it may even exist is something friends and family should address privately with Bieber. Consider an intervention.

Instead of automatically saying no, no, no to rehab, Bieber should consider his life over the past couple of years before making a rash decision. Bad influences can lead to bad choices and dim the brightest stars.