The decisive battle for Fallujah rages on in Iraq 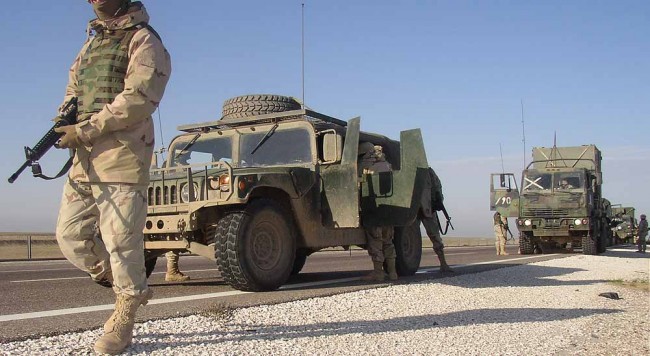 According to a recent statement by U.S. Secretary of State, John F. Kerry, U.S. is ready to help out Iraq but won’t send any troops there. It is a situation similar to “once bitten, twice shy.” In the past 5,000 U.S. soldiers were killed while over 51,000 suffered serious injuries, in Iraq. This time round, U.S. is all out to support the embattled Shia government of Prime Minister Nuri al-Maliki, in terms of providing military equipment and diplomatic support but no personnel are to be deployed in Iraq. This is the official stance till date, though, anything including sending of troops is a possibility, if the situation in Iraq worsens.

There are two major factors responsible for the present conflict in Iraq. One, is the internal facet of the conflict and the second, the external. The internal factor is that the U.S.-sponsored Shia government is unpopular not only among the Sunni section of the population but also among some Shia factions as well. The present conflict arose when a popular Sunni leader was arrested by the government. This move incited the already frustrated Sunni majority populace of Anbar province to initiate an armed struggle against the government. General elections are also scheduled to be held in Iraq in the month of April. If this violent conflict continues, it is possible that the elections in Iraq may be  delayed or even postponed. This will not augur well for the already fledgling polity in Iraq. Still U.S. is not willing to send its troops to Iraq.

The external factors effecting this conflict in Iraq are multi-faceted. One, the civil war in neighboring Syria has spilled over into Iraq. The civil war in Syria is being waged between the government forces and the rebels. It is important to note that, as in Iraq, so in Syria it is a sectarian conflict between the Shias and the Sunnis. The Shia government of Bashaar Al-Assad is pitted against the Sunni rebels. Initially, with the news that the government of Assad is using chemical weapons of mass destruction, America and the West took the side of the rebels. As time went on, so to say as the dust settles, America and its allies realized that Al-Qaeda had infiltrated the ranks of the rebel fighters. In some cases these pro-Al-Qaeda militants are now leading these rebels.  This is the main reason that America and west have stopped giving aid, especially military supplies and equipment to the rebels.

The second important aspect of the conflict in Iraq is the outside interference by Saudi Arabia and Iran. Saudi Arabia, the major Sunni power in the region is responsible for giving aid to the rebels. Iran, being the lone Shia power in the region is supporting the beleaguered Shia governments both in Iraq and Syria. This sectarian conflict in Iraq has the potential to destabilize the fragile balance of power and consequently the peace in Middle East.

Iraq is the second largest producer of oil in the world. If the government of Maliki is not able to contain this conflict then there is a risk that the pro-Al-Qaeda Sunni militants may, in the future, be able to control the oil-producing regions. Such a situation would be disastrous both for the region, America and it’s allies. According to Kerry, U.S. is not willing to send troops to Iraq, not in the foreseeable future at least, but it may well have to re-think its stance, if the matters get out of hand in Iraq.

One Response to "Kerry: U.S. Won’t Send Troops to Iraq"