Legalize Illegal Drugs to Save the Rain Forests? 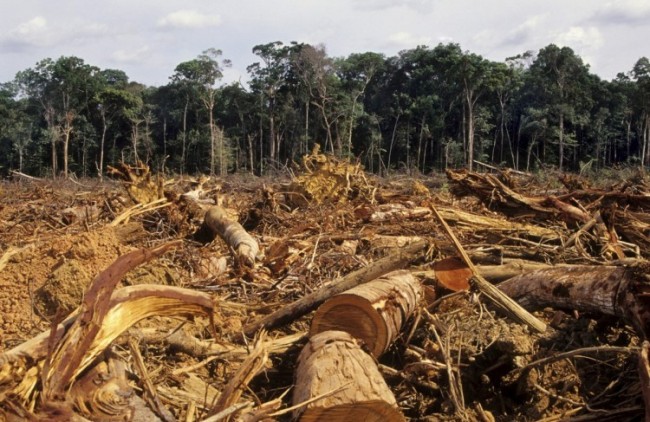 The trafficking of illegal drugs is causing deforestation in Central America to occur at an increased rate, according to a report published today in Science, whose authors suggest that reforming current U.S. drug policy and perhaps legalizing illegal drugs could help save the rain forests.

The lead author of the new report, Kendra McSweeney, an associate geology professor at Ohio State University, traveled to Central America in 2011 to study how native cultures are dealing with climate change.  Instead, she discovered that there were enormous rates of deforestation occurring in areas that are deemed to be protected.  As she investigated who was responsible and why, she discovered that the people responsible were drug traffickers creating new smuggling routes in remote areas after being forced out of Mexico by the U.S.’s War on Drugs.

Although drug growers are known to burn down rain forest areas in order to create fields to grow coca, scientists now report that forests are being cleared in order to build roads and landing strips to distribute drugs.  In some cases, drug traffickers pay officials to do nothing as they buy land, clear it of trees and build plantations and ranches as fronts for drug money laundering.  In addition, with powerful and violent drug cartels taking up residence in these areas, conservationists are limited in the work they can do to prevent loss of forest land.  With the limited presence of conservationists, less enforcement of illegal logging and poaching occurs.  The authors of the recently published article suggest that a change in U.S. drug policy, perhaps even legalizing illegal drugs, could help to save the rain forests.

McSweeney and her fellow researchers note that deforestation is a particular problem in Guatemala, Nicaragua, and Honduras, especially in the lowlands of the Caribbean.  Because Latin America is not densely populated, drug traffickers find it a good place through which to smuggle drugs from where they are grown in South America to the U.S.  Mexico historically has been the hotbed of drug smuggling efforts, but due to the U.S.-led crackdown in the country, traffickers have been forced to relocate to remote areas in which to set up smuggling routes.  In Honduras, as cocaine smuggling rates rose at rapid rates from 2007 to 2011, the yearly rate of deforestation went from approximately 20 square kilometers each year to over 60, which is a 10 percent rate of deforestation annually.

According to Erik Nielsen, assistant professor in the School of Earth Sciences and Environmental Sustainability, other areas that had a high amount of deforestation also had a corresponding increase in the trafficking trade in the area.

The report published Thursday does allow that although there is more than one cause of deforestation in Central America, including illegal logging, development of infrastructure, pressure to create more farmland, and urban sprawl, the activity by drug traffickers is speeding up the destruction of the rain forests.

McSweeney believes that the research conducted by her colleagues and her should refocus the U.S. efforts against drug trafficking in an attempt to find a way to control the illegal industry without causing more deforestation.  She sees the recent U.S. trend toward the legalization of marijuana as a positive step towards reducing the amount of land cleared for the growing of the drug and hints that perhaps legalizing other illegal drugs would help to save the Central America rain forests as well.

4 Responses to "Legalize Illegal Drugs to Save the Rain Forests?"