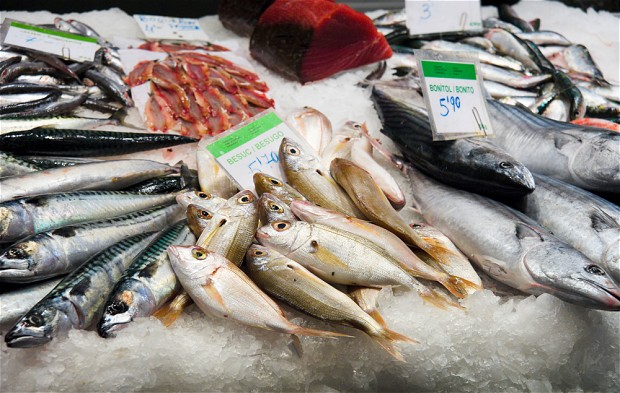 Eat more omega 3 fatty acids found in fish if you’d like to safeguard yourself against diseases like dementia and Alzheimer’s, and you’d like to have a comparatively larger brain, according to a recent study authored by James Pottala, of the University of South Dakota in Sioux Falls and Health Diagnostic Laboratory Inc. in Richmond, Virginia. Pottala added that smaller-sized brains were linked to lower levels of omega 3 fatty acids,

The higher levels of omega-3 fatty acids found in the brains of people who consumed fish at least twice a week, researchers discovered, often results in them having comparatively bigger brain volumes as they age.

An added benefit, according to the Neurology journal study, is that fish consumption can result in brains being anywhere from one to two years younger than those of others of the same age.The journal study.

One of the unfortunate side effects of getting older is that our brains actually shrink with age, to an extent. Brain shrinkage is also a sign of normal ageing.

But, just because a bit of brain shrinkage occurs with age doesn’t mean that you have to completely give in to the ageing process without putting up a fight by engaging in beneficial countermeasures, like eating foods rich in Omega 3 oils.

One example of people beginning to pay more attention to the importance of fish oil in their diets are the English. They have been advised that eating fish at least twice a week, or more often, can result in them feeling better longer, and staving of Alzheimer’s as long as possible. One of the two portions is supposed to be of some sort of oily fish, like sardines, mackerel, and herring.

Docosahexaenoic acid (DHA), one of the important key omega-3 fatty acids, is believed to help with the intercommunication of nerve cells.

The study involved 1,111 women in the U.S.taking part in the Women’s Health Initiative Memory Study whose omega 3 fatty acids were measured. Then, eight years later, when the women were about 78, MRI scans were taken of the brains, and it was discovered that the women who had consumed the largest amounts of fish rich on omega 3 fatty acids had comparatively greater brain volumes.

The increase in brain size was significant, The brains of the women who had consumed the greatest amounts of fish and omega 3 rich foods were, even eight years later, larger than the brains of women their age who didn’t eat much fish, by up to 2 inches, according to MRI readouts. This, of course, doesn’t mean that the women’s brains had grown larger — it just means that they didn’t shrink as quickly.

Taking omega 3 supplements is also beneficial. The women who had the highest levels of omega 3 oils in their bodies had larger hippocampus areas of their brains, also — about 2.7 percent larger. The hippocampus is the brain’s key memory center.

Dr.Pottola said that white fish like plaice, cod, and haddock are also good sources of omega 3 oils, but not quite as good as more oily fish, like sardines, herring, and mackerel.The human body cannot produce omega 3 fatty acids, so eating fish on a regular basis, or taking supplements, are the only ways humans can get these substances in our diets.

More good news if you eat a lot of fish is that regular fish eaters are more likely to survive a heart attack, by a third, than people who don’t eat much fish or take the available supplements.