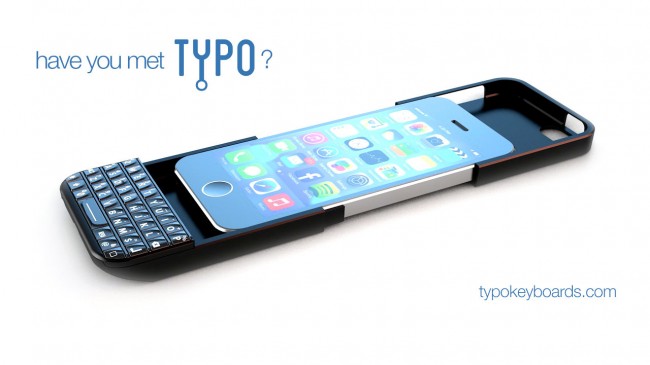 Ryan Seacrest and the company he co-founded, Typo Products, are being sued by the very troubled smartphone company BlackBerry. BlackBerry filed the suit in San Francisco federal court on Friday. The American Idol host co-founded Typo in Los Angeles with entrepreneur Laurence Hallier.

The suit alleges that Typo Products infringes on a copyright covering keyboards on many of their own phone models. The Typo product is a keyboard that is attached to an iPhone case fit for an iPhone 5 and iPhone 5S. The case and keyboard are meant as an alternative to using the iPhone’s touchscreen.

So far Typo’s product has only been available for pre-sale off of the company’s website but the product was due to be released later this month. This could spell big trouble for Ryan Seacrest’s new start-up company that just launched only last month.

It is reported that Ryan Seacrest has invested roughly $1 million with the company that now is being sued by a big player like BlackBerry and they are serious about it. BlackBerry’s lawsuit is “an attempt for the struggling company to keep some of its originality,” said a writer from ZDNet. BlackBerry wants to hang on to their killer keyboard designs for themselves, even if no one else seems to want them anymore.

BlackBerry was requesting that the Typo product be removed for sale as of Saturday, but the keyboard iPhone cases are still available online for a pre-sale price of $99. BlackBerry says they pioneered the keyboard designs years ago and they are seeking unspecified damages and a court order that would prevent Typo for doing business without a licensing agreement with BlackBerry. Many experts would agree that the BlackBerry keyboard was responsible for reshaping the way people interact and use their smartphones.

The popularity of the BlackBerry keyboard/phone design began to slide back in 2007 with the release of the first iPhone with a touchscreen. Since then many manufacturers have flooded the market with touchscreen smartphones running on the Android OS and others. BlackBerry launched their Z series of touchscreen phone models in 2013, but that may have been a little too late. The Canadian-owned BlackBerry recently reported suffering a $4.4 billion loss in their last quarter.

BlackBerry has been struggling in the market in recent year years. They were slow to bring a touchscreen to market and saw their market share dwindle from 5 percent down to less than 2 percent of the entire smartphone market. Only less than a week into 2014 and they have already made two large announcements. Parting ways with their creative director, Alicia Keys, and now BlackBerry is suing Ryan Seacrest.