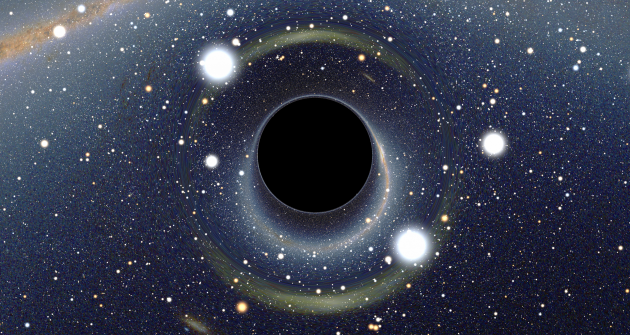 In a startling turn of events, world-renowned physicist Stephen Hawking is backtracking on some of his groundbreaking black hole theories. Hawking admitted that there are big holes in his ideas, even though he is arguably best known for some of the theories he had previously advanced on black holes.

Up until now, Hawking has argued that black holes are an inescapable void for all matter and light and that once anything gets within a certain threshold of the black hole it is essentially sucked in by its immense gravity and lost forever. The point at which this begins to happen is called the “event horizon.” Now decades after advancing his original theories, Hawking is suggesting that our entire conception of black holes needs an overhaul.

First of all, rather than an event horizon, Hawking suggests that black holes may have what could be called “apparent horizons.” These would vary from event horizons in that they would not be a rigid line, but rather a fluctuating and ever-changing grey area where the laws of physics would essentially break down.

In event horizons, passing light and matter are gone forever and they are lost when the black hole dissipates and eventually vanishes. However, Hawking is suggesting that apparent horizons are not as absolutist. When either matter or light pass the apparent horizon they are trapped for a time though they may be released.

It is important to consider that this is a part of larger debate between quantum mechanics and general relativity. Stephen Hawking started this whole mess about black holes in 1974 when he suggested that a black hole is subject to quantum mechanics as well. He forwarded the notion that black holes are not infinite and that in fact they release what has been dubbed “Hawking Radiation,” and they instead die out slowly. However, Hawking’s theories suggest that all matter and its information would be destroyed as the black hole dies and this has some big holes which he is now admitting to. Namely, these assertions break a core tenet of quantum mechanics – that being that matter’s information cannot be destroyed.

Some scientists have countered by asserting that energy leaks from black holes with the information of matter creating a wall of intense heat at the event horizon. However, the issue at hand is that general relativity theories suggest that the process of passing the event horizon is entirely peaceful, and it only gets dicey when the intense gravity of the black hole starts to essentially crush all matter and light as it gets sucked in further. Also such a large release of energy would be easily detectable but scientists cannot as of now verify this proverbial  layer of energy.

Hawking’s most recent theory ideally circumnavigates both issues. With an apparent horizon, some energy could be released in an undetectable grey area where the laws of physics break down. As of now, it is just a theory that is to be subject to heavy scrutiny and peer review.

Whether or not the theories Hawking is advancing will catch on is yet to be seen. In admitting to the big holes in his own black hole theories, Stephen Hawking may be bringing us one step closer to understanding the universe as a whole. Then again, it’s all just educated speculation anyways.