Study Shows Animals Without Brains Have Ability to Sneeze 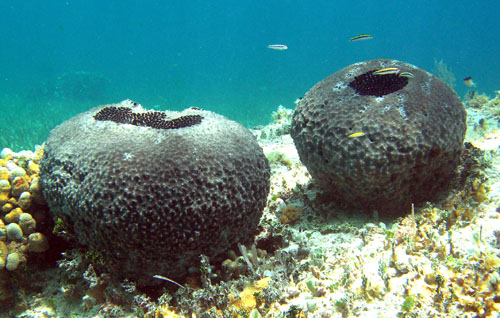 Scientists have found an exciting discovery from a not-so-exciting creature — the ability to sneeze. Sponges, yes, the porous marine invertebrates have shown that they engage in the act of sneezing.

Marine sponges are known as some of the oldest living creatures that still inhabit the earth. For over 600 million years they have changed relatively little. The marine biologists and scientists who study them regard them as primitive. Sponges have always been labeled a mystery because they are able to react to environmental changes even with their lack of muscle and nerve systems.

The study was done at the University of Alberta in Canada with graduate student Danielle Ludeman acting has one of the leading probes into one of nature’s least active creatures. “When I first started working in this project, it was very surprising to me how responsive sponges really are,” she said. She explained that sponges, with their lack of organs, tissues, and nervous systems, they are regarded as mere lumps of cells to most people. Nonetheless, after Ludeman’s study concluded, much new information about these types of animals was revealed.

The fact the sponges sneeze without the need for a brain is truly noteworthy. The study found that sponges responded to external stimuli in a similar fashion as humans. Sponges have an osculum – used to expel unwanted and waste particles from the body of the sponge. Within the osculum there are finger-like structures called cilia. These cilia are very similar to what humans have in their nose to filter out unwanted particles. When the sponge senses a buildup of particles and waste within its body it will create a signal for the sponge to contract its entire body – thus, a sneeze.

In the same way humans inhale before a sneeze, so do the sponges. When the sponges sense a buildup of sediment in their cavities they “inhale” water to build pressure within the sponge and then release it – expelling the irritants.

Although the sneeze is a similar action to what we experience, a sponge’s sneeze can last from 30 minutes to one hour. 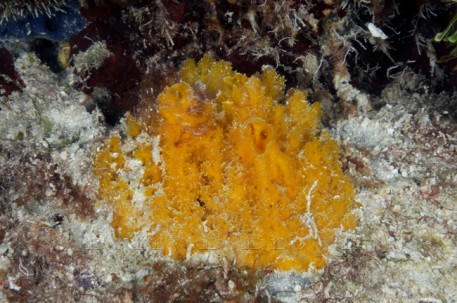 The scientific study shows that sponges are much more complex than once thought. The results from the study are remarkable and unexpected considering sponges do not possess a sensory system or any sensory cells. Gert Wörheide, an evolution expert of sponges for the Ludwig-Maximilians University in Munich, Germany said, “This is a very exciting and comprehensive study that clearly demonstrates that sponges are more sophisticated.”

Study Leader, Sally Leys, of the University of Alberta said, “The sneeze is a delightful behavior.” She explain that this new discovery is a great way to understand how different parts of an organism’s body coordinate and how they may have evolved as early multicellular animals.

This discovery also probes into further research for brain development and sensory system development. Because the primitive organism was able to react in such a way to external stimuli, it opens up a new chapter on the evolution of a brain-like system in similar organisms.

While the world of sponge research may not excite many, some marine biologists are dripping wet with curiosity. The discovery of ability to sneeze from a sponge will pave the way for new research being done to better understand primitive organisms and their evolution. Sponges may not be the most active of ocean life, but their simplicity and sturdiness have allowed them to stand the test of time.