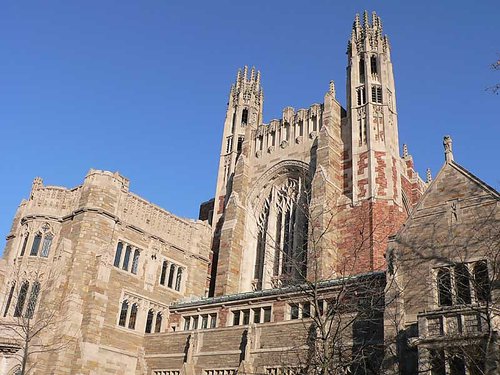 Yale University and its Peabody Museum of Natural History will honor Dr. Martin Luther King, Jr., with a week of special events. Beginning Sunday, January 19, from 1 p.m. to 4:30 p.m., the museum’s Great Hall of Dinosaurs will be the place for performances of American jazz, dance, and traditional West African dance and drumming. This is part of the Peabody’s 18th annual King “Legacy of Environmental and Social Justice” program that offers a variety of events free to the public.

Sunday from 12:30 – 5 p.m. social justice discussions will be presented in the auditorium. The teen summit on food justice will raise awareness on how the right to have food is basic to all people, regardless of race, cultural or economic backgrounds. The issue of hunger will be explored within the local community of New Haven and branching out into the state, nation and world. That will be followed at 4 p.m. by a talk by Jacqueline Patterson on sustainability and respecting the environment.

In addition to Yale and the Peabody Museum honoring King, the New Haven Museum is the location for the storytelling portion of the event. Sunday from 12:45 to 3:30 p.m., audiences can hear stories designed to appeal to children and adults. Each storyteller is scheduled for 45 minutes.

The celebration continues Monday, January 20, at 10 a.m. in the Peabody Museum’s Great Hall of Dinosaurs. Beginning at 11 a.m. and continuing non-stop until 4:30 p.m., there will be more music and dance performances with emphasis on drumming from around the world. The public will be treated to Caribbean steel drums, Japanese drumming, breakdancing, youth drill squads and drummers, and a drumming performance by Michael Mills.

The auditorium, on Monday, will be the place for an open mic session where people can speak out on social justice and injustice. They can share original poetry, rap, or just talk. This will be from 11 a.m. to 12:30 p.m. The from 1:00 to 4:30 p.m. is the annual poetry slam that deals with environmental and social justice issues.

Yale University is hosting numerous events throughout the week, beginning Monday, Jan. 20. They include the Yale Guild of Carilloneurs who will perform selections on the Yale Memorial Carillon. One of the pieces will be Lift Every Voice and Sing composed by James Weldon Johnson, as author, songwriter, educator and early civil rights activist. Tuesday, Jan. 21, a photography exhibit and reception will be in the Afro-America Cultural Center from 7 to 9 p.m. That exhibit is about remembering, reflecting and honoring the life and work of Martin Luther King, Jr. A discussion on present day race relations during the Obama presidency will be held Wednesday, Jan. 22. This will be led by Gerald Jaynes, a professor specializing in African-American studies as well as economics.

Events continue the following week with an evening with noted historian and author Henry Louis Gates, Jr. He has received over 50 honorary degrees and numerous awards. Gates’ presentation begins at 6 p.m., Saturday, Jan. 25, in the Sterling Law Building auditorium. The event will include the final episode of a six-part PBS documentary written and produced by him, The African Americans: Many Rivers to Cross.

Yale University has a long history with Dr. King. He was invited there in 1959 by a student, David George Ball, to give a civil rights speech. The next day was his 30th birthday and he celebrated it at the university, complete with a birthday cake. King was awarded an honorary Doctor of Laws degree by Yale in 1964.

The Peabody Museum mission is to serve Yale University by enhancing and communicating knowledge and research to a wide audience. The museum opened in 1876 but quickly outgrew its location. A new hall was completed in 1931. Since then, additional space has been added for classrooms, storage and work space. As Yale and the Yale Peabody Museum of Natural History work together, the joint celebrations honoring Dr. Martin Luther King, Jr., will continue as part of their outreach. For more information regarding event schedules, the links for Yale and Peabody Museum are listed below.