Zombie Bees and the Possibility of an Apocalypse 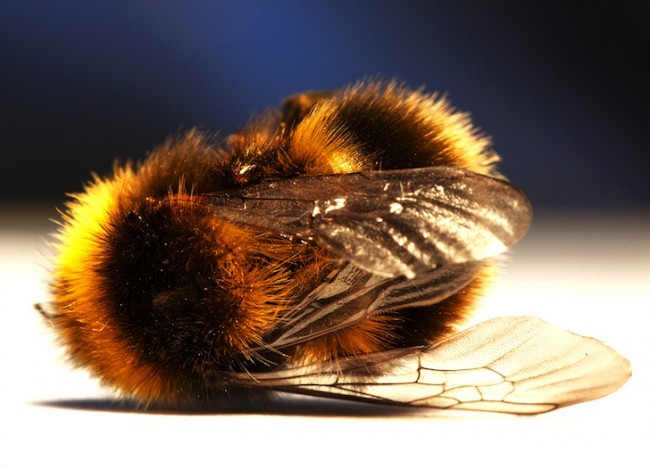 People have been getting supplies for the impending zombie apocalypse that, according to them, will descend upon the world soon. They have stockpiled their homes with food, water, ammo, and have worked on a zombie survival kit. But, out of all the preparing that they may have done, they probably didn’t expect a phenomenon like zombie bees to become one a major news item and possibly a threat. But indeed, it could be. They roam around, looking dazed. They are multiplying, and if they are not stopped, it can become a huge issue.

These zombie bees were found last fall in Vermont. They are starting to slowly take over the United States. They start off as regular honeybees, pollinating and making honey, until they are taken over by the zombie fly. Yes, there is a bug called the zombie fly. Its scientific name is Apocephalus borealis, but sticking with zombie fly makes it sound even creepier.

What have they been doing to these bees? Well, it’s as simple as finding a bee, attaching itself to it, and injecting its eggs into the bee. The bees then take on symptoms that represent a zombie: flying around at night, circling around and around, and jerky movements. But it is basically destroying the neurological system of the bee. Then after a few hours, the bees are dead. Most produce larvae of the zombie fly, which then leaves the bee host body and creates more zombie flies to feast on bees.

The zombie fly used to only infect bumblebees, until they decided it was in their best interest to also go after honeybees. Because without the bees, plants cannot be pollinated, and then they stop growing, which in turn means that animals do not have plants to graze on, and when the animals and plants are gone, humans are stuck with nothing to eat. It all comes back to the humans.

This is such a serious matter that the San Francisco State University’s biology department needed to take action, and created the website ZomBee Watch. They have been tracking the zombie bees since they first existed in Europe in 2008. In January 2012, they published findings of the zombie flies being a new threat to bees, and have declared that there is a Colony Collapse Disorder, or CCD, happening within the colonies. According to their website, there have been cases of zombie bees in other states such as Oregon, North Dakota, and Washington. These zombie bees seem to be concentrated on the west coast right now, but there are samples of bees being checked across the country just in case.

So volunteers collect dead bees, journal bee activity they see at night, and collect bees and watch for the larvae of the zombie fly to emerge from the bee and then become an adult. The bigger problem, according to Professor John Hafernik, is if the larvae start to produce inside of the bee hives, because as of right now, they hatch when a bee has been roaming outside. That is when it could grow into a more significant issue.

While there hasn’t been a catastrophic demise of honeybees, it is something to take seriously before it is too late. The hope is that the threat of these deadly flies can be contained, and that the zombie bees will not take over the planet. The world does not need to try to stop two forms of the zombie apocalypse.

4 Responses to "Zombie Bees and the Possibility of an Apocalypse"