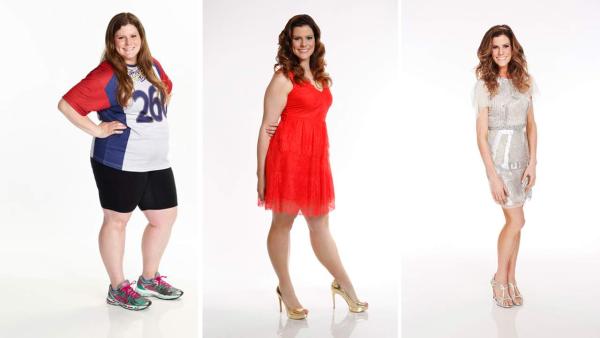 The past few days have been filled with articles covering Rachel Frederickson, the winner of season 15 of The Biggest Loser, and her weight loss, which many have found startling. However, the backlash against Frederickson reflects a much bigger problem within society. Debates have sparked over whether or not Frederickson is anorexic, or if her new weight is unhealthy. The spotlight has been put on the show’s winner, scrutinizing her and her body rather than on the fundamental issues that the show itself presents.

The Biggest Loser is, at its core, a gameshow. Contestants participate for 15 weeks to see who can lose the most weight possible, and the person whose weight loss is the most drastic with respects to their starting weight is crowned the winner. The contestants are split into teams of five and overseen and advised by one of three trainers over the course of their stay at a ranch. After their stay on the ranch ends, the contestants are sent home to maintain their new weight with a diet and exercise regimen, and then called back three months later for a big reveal of their final weight loss results so the winner can be crowned Biggest Loser and awarded a $250,000 prize.

It comes as no surprise that a contestant would take drastic measures to guarantee their win. Whether that is the case for Rachel Frederickson is still uncertain. She continues to hold that her diet was healthy, at 1600 calories consumed per day. She stated she was following an exercise regimen far less intense than the one she was on at the ranch, according to an interview with People; Frederickson claimed that her post-ranch workout consisted of about four classes a day at the gym.

What should be a matter of concern here is not whether the show’s winner, Rachel Frederickson, is too fat or too thin, rather the backlash should be directed at The Biggest Loser itself for encouraging extreme weight loss over a short period of time, reflecting a much bigger problem within society. The show perpetuates the idea that simply because a person is overweight, it means that person is unhealthy, and that they must take immediate, drastic action to remedy their situation.

Some of the criticism towards Frederickson targets her as a role model for young girls. Yet how is it that one person’s weight loss journey can be more damaging to the young girls in the show’s audience than watching thin, attractive people treat overweight people, in the words of the season 3 winner, Erik Chopin, “like animals,” over the past 15 years?

As a society, there is far too much importance placed on the weight of other people. The existence of a show like The Biggest Loser and its massive success – this year’s finale alone saw 7.4 million viewers, down 20 percent from last year’s finale –  serve no more than to prove that statement.

It is very possible that Frederickson’s weight loss was completely organic; however it is also very possible that she employed techniques to cut her weight knowing that in doing so she would be crowned the winner. Rachel Frederickson is and has always considered herself an athlete; she grew up as a competitive swimmer and knows what her body can handle. Cutting weight, for many athletes, is nothing new.

At the start of the show, Frederickson weighed 260 pounds. While this is a lot to weigh given her height of 5’5″, it is not by any means a deadly weight to be at, which the show treats it as. It presents itself as an opportunity for a person to change their life, bringing them from the brink of death so they can have a second chance at living life. Instead, The Biggest Loser projects the idea that being a woman who weighs 260 pounds is unacceptable and unhealthy. Now, with the outrage and controversy surrounding Rachel Frederickson’s 105-pound figure, the rest of the world is sending the message that if someone works hard, follow guidelines and advice given to them by professionals, and meet a goal they set for themselves, that they are still not good enough.

Many people have jumped to conclusions and ignored everything Frederickson has said about her weight loss journey, calling her anorexic. Many are using the BMI scale against her, claiming that she is underweight, and therefore unhealthy, but the BMI scale is a fundamentally flawed system. According to the Body Mass Index, thin people with naturally fast metabolisms may never be able to reach a “healthy weight” for their height, while on the other end of the spectrum there are body builders, athletes, and pregnant women whose BMIs are frequently in the range of overweight to morbidly obese.

The Biggest Loser perpetuates harmful ideas about weight and weight loss, reflecting a much bigger problem with American society than whether or not the show has crowned an unhealthy winner in Rachel Frederickson. She continues to assert that she feels healthy, and that her weight makes her feel good, and that is what should matter to the audience. Even if she is covering up an eating disorder, like some publications claim, then she deserves absolutely nothing but support in a very difficult time.