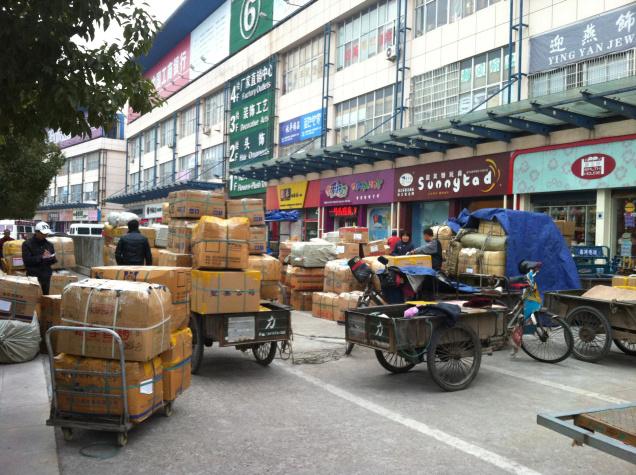 China surprised world markets with reports of a strong January. The reported strong growth put to rest some earlier fears about economic slowdown. Reports of a 10.6 percent increase in exports dwarf the predicted two percent increase. The country also reported a trade surplus in excess of $30 billion. However, while the government claims sound encouraging, some analysts voice doubt. Chinese economist Zhang Zhiwei stated that it is hard to tell how many of the claims are true, and how many are exaggerated.

China’s trade performance is of major importance to the rest of the world. The Asian giant is already the world’s largest exporter, and may soon become its biggest importer. This is especially significant to countries that rely on commodity exports, such as regional neighbor Australia. The Australian dollar jumped in response to the recent news. Demand from advanced economies will increase China’s growth in 2014 according to Shen Jianguang, chief Asia economist at Mizuho Securities Asia Ltd. in Hong Kong.

China is also accused of overlooking bogus transactions. Some people will forge deals to smuggle cash into the country past Chinese capital controls. Perhaps more interesting still, is the fact that the nation’s high raw material purchases did not show obvious production increase. Rather, two reports of Chinese manufacturing showed declines in January to six-month lows. Less dramatic, but still intriguing, is the fact that Chinese exports increased while its currency the yuan (CNY) increased in value. A strong currency usually correlates with lower exports, while a weaker one accompanies higher exports.

Meanwhile, the Chinese government has suggested that it welcomes slower, more sustainable economic growth. The Asian giant’s leadership hints that it is comfortable with economic expansion slowing to seven percent. Nonetheless, authorities have issued some mini-stimulus measures to moderate the expected economic slowdown.

While China has shown strong economic growth in recent years, analysts seem cautiously receptive at best to the January report. Louis Kujis, an economist at RBS, expects some adjustments in coming months. Bill Gross, a manager for Pacific Investment Management Co., meanwhile voiced a more pithy response to the reports. He referred to China as the “mystery meat of emerging-market countries” because people doubt it contains what it claims to. As with other forms of “mystery meat”, would-be connoisseurs of Chinese reports may be hesitant to enjoy it.