Chinese New Year the Year of the Horse Explained 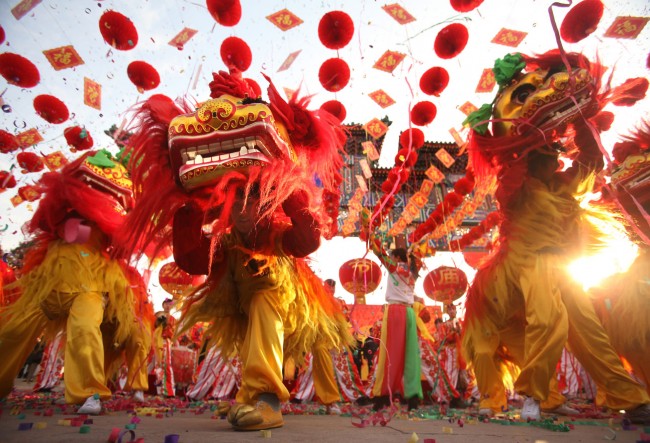 The Chinese New Year begins January 31 and signifies the start to the Year of the Horse. While very close, the annual January 1 celebration of the traditional calendar’s New Year’s Eve and Day and the Chinese New Year are different dates, but represent the same sense of renewal and cause for celebration. The holiday, the significance of the horse and the calendar are explained.

Where Is the Chinese New Year Observed?

The Lunar New Year, also called the spring festival, is more widespread than most people understand. China is not the only country or culture to recognize the lunar calendar. Hong Kong, Macau, Taiwan, Singapore, Thailand, Indonesia, Malaysia, Mauritius, the Philippines, Korea, Japan and Vietnam are also celebrating the Year of the Horse. While the official calendar of these countries has been changed to the Gregorian calendar, each country and all of its citizens still celebrate in conjunction with the lunar calendar.

The Year of the Horse

The Chinese New Year, and this year the Year of the Horse, begins with a multiple-week holiday with various forms of festivals and services. From January 31 through February 14, 2014, those honoring the holiday will participate in parades, horse races, shopping and extended periods of worship with family, friends and coworkers. The time is spent conversing over large meals and looking forward to the year ahead.

According to The Week, people who are born in the Year of the Horse tend to be “astute, fashionable, and brimming with self-confidence.” While great qualities, the downsides are listed as self-centeredness, overconfidence, and a predisposition to jump into romantic relationships too quickly. Familiar faces who were born in the Year of the Horse are Oprah Winfrey, Paul McCartney, Jennifer Lawrence, Halle Berry, Genghis Khan, Neil Armstrong, Mike Tyson, Cindy Crawford, Rembrandt, Robin Wright and Aretha Franklin.

Predictions for the time ahead are instances of adventure and romance for some and chaotic and unpredictable times for others. For those born in a prior Year of the Horse, this Chinese calendar year will bring a mix. As explained by the Feng Shui master, Raymond Lo, this specific Year of the Horse is “yang wood,” which means it brings energy, fire and wood. These elements, occurring together, can create conflict, struggle, and disaster; but they also foretell people standing firm and embodying their principles.

How the Calendar Works

The Chinese Lunar New Year runs in cycles of 12, with each year in the cycle representing a different animal. The horse is the seventh animal in the rotation and marks the 4,712th year of the Chinese calendar. In its entirety, and in order, the rotating cycle of animals goes rat, ox, tiger, rabbit, dragon, snake, horse, goat, monkey, rooster, dog and pig. Each animal corresponds to a zodiac sign. The Chinese Lunar New Year is not 365 days and does not necessarily follow the 12-month system. A year in the lunar calendar is either 12 months (with 353, 354 or 355 days) or the year is 13 months (with 383, 384 or 385 days).

This Chinese New Year runs from January 31, 2014 to February 18, 2015, which is slightly over the traditional 12 months that have 30 days each. On February 15, the Festival of Lanterns signifies the end of celebration and the start of the Year of the Horse.