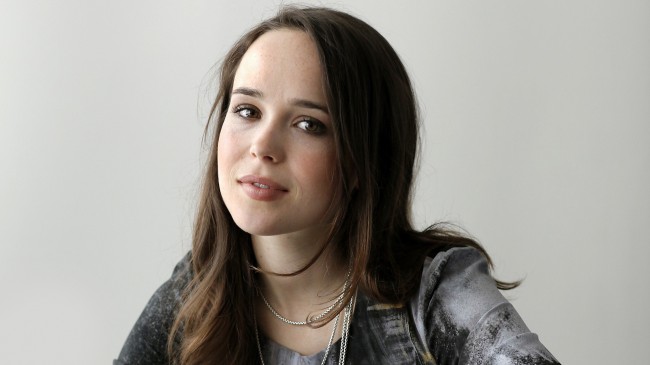 Ellen Page’s speech to the audience at the Human Rights Campaign’s Time to Thrive conference in Las Vegas Friday has inspired others.  In fact, #Ellen Page had been tweeted at least 192,000 times at least by noon Feb. 15.  She spoke so very openly and eloquently about the reality that is 21st century society – that if society spent five minutes daily with the intent of being “less horrible” to each other, people would likely feel far more comfortable even living in their own skins.  Even Page herself admitted to having struggled with how others would respond and that she came out because she’d ultimately grown tired of living an existence that was unauthentic and essentially a lie.

I understand something of what she was talking about.  Sexuality is a subject that is taboo for many families, and mine was no exception as I was growing up.  I became determined to be attracted to only men in my teen years; I’d made the mistake in Grade 7 of disclosing to someone I thought I trusted that I sometimes dreamed of kissing a girl.  Naively, I thought this was something that perhaps other girls my age could connect with.  I still remember the sting of her reaction, and I kept my mouth shut from then on.

It’s taken deep soul searching, but I got tired of living my own “lie by omission” – or evasion, in my case – a couple of years ago.  I had found myself to be in love with a woman, though I was married with a couple of children.  Mistakes were made and hearts were broken, including my own.  The secret was out, though I continued to try and convince myself that my affection for this woman was an anomaly.  I was still attracted to my husband, and yet, I had been living this lie.

Ellen Page’s speech Friday inspired me to have the courage to write this.  I am a bisexual woman.  The bottom line is, I continue to struggle with that facet of who I am and who I have grown to be after 41 years on the planet.  However, in many ways, it’s really no different than saying I’m blonde or I’m tall.  Yet, it’s so very different because for whatever reason, it continues to offend or disturb several sectors of society.  Many who have continued to deny that part of themselves could see their careers killed because of it, as retired Navy SEAL Brett Jones discovered.

I am incredibly fortunate to be in a place where I am accepted for who I am, but for so many who are struggling with their sexuality as Page did before her speech Friday, having friends accept you for who you are is only one part of it.  The bigger struggle often is self-acceptance.  In so many families and in so many relationships, the notion of same-sex attraction is deeply troubling and has resulted in friendships and families being virtually destroyed.

Page said in her speech that love, with all its joy, beauty and even pain, was the greatest gift two human beings could share.  Page says love should be without shame or compromise, and that seems like an easy enough prospect, but there are so many people that are loved with conditions put upon them.  They are told that they will be part of the family still if they see a psychologist about their sexual orientation.  There are some who are thrown out of their homes, and roughly a third of all LGBT youth attempt suicide.  As a young celebrity, Page is demonstrating a great deal of poise and dignity by addressing the assembled crowd at the Time to Thrive conference at Bally’s Hotel and Casino.  Her words had resonance for those like me, who have struggled and continue to wrestle with sexuality.

Ellen Page’s inspiring speech at Time to Thrive inspired me to work towards my most authentic self as a bisexual woman.  I’m a bisexual woman who is a proud parent to two beautiful girls, hopefully a good partner, and it’s my hope that one day, my girls can look at me with pride and realize that I was able to show them how to live a truly authentic life as whomever they choose to be.  Thank you, Ellen Page, for trusting in who you are enough to be your most authentic self.