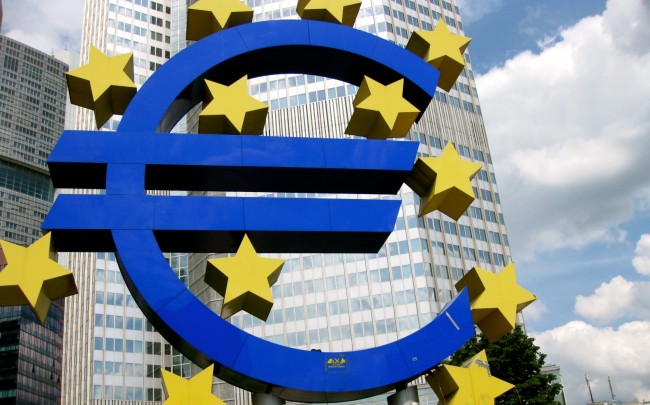 The Eurozone is showing the sign of deflation, increasing the concern that the European economy may head into another recession. The Eurostar, the European Union’s statistic agency, released the January economic figures that show that the inflation rate in the eurozone dropped to 0.7 percent in January from 0.8 percent in December. The figure is well below the 2 percent targeted by the European Central Bank (ECB). This has caused concerns that the euro economic block may be heading into deflation, which could ruin the fragile economic recovery in the region.

When many in the ECB were worried about the inflation, the concerns over deflation have recently surfaced, as there were signs through the Eurozone. In the deflationary economy, the price of goods and properties experiences a long-term decline, decreasing business profits, hampering wage growth, and forcing consumers to spend less. Japan experienced a serious deflation for more than 10 years and is still under the influence of deflation.

Many economists argue that the extremely low inflation rate in the Eurozone after five years of economic recessions since 2008 is the sign that should raise the concern of deflation in the ECB. Others, however, argue that falling inflation is the sign that labor costs in members from Southern Europe are correctly adjusting because the cost of wages to local companies in those countries were too high for them to sustain in order to survive in the global competition.

The ECB has not released any statement yet. Mario Draghi, the president of the ECB, already acted in November 2013 to cut the Eurozone interest rate to 0.25 percent, the lowest point ever by the ECB amid the concern that the Eurozone was heading toward the Japan-style deflation. However, the move has not calmed deflation concerns, and the January data filled with deflation signs, one of which is the Eurozone unemployment rate at 12 percent, will not erase the prospect of another recession from the market.

Many experts, however, believe that the ECB would not move to quell concerns when it meets on Thursday. Carsten Brzeski, an economist, told The New York Times that since the last meeting at the ECB, there was no change in macroeconomic perspective to force the ECB’s hand to implement a new policy. He also said that there is uncertainty over the constitutionality over the ECB’s bond-buying program, currently under the judicial review by the Federal Constitutional Court of Germany. Frederik Ducrozet, an economist at Credit Agricole, in his interview with BBC, expected a strong word implying possible cut in near future, if any, instead of an actual policy making action. Luke Bartholomew from Aberdeen Asset Managem stated that Draghi may not have any option left since the ECB technically used everything in its hand, implying that the inaction by the ECB is more than likely.

The international community nevertheless expects the ECB to act. Christine Lagarde, the chief of the International Monetary Fund, told at the World Economic Forum in Davos that she had some serious concerns over the extremely low inflation rate in the Eurozone and that the ECB should not ignore the sign that raises the risk of widespread deflation in the EU.