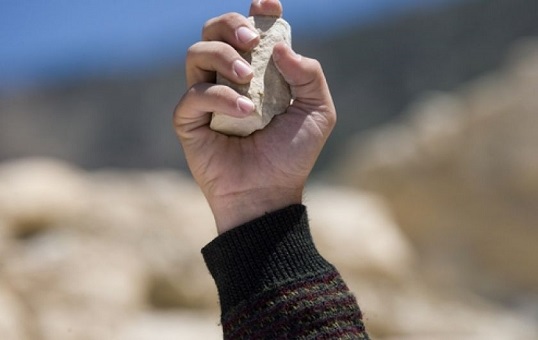 A Facebook account has caused a young Syrian girl to be stoned to death by Islamic extremists. Fatoum Al-Jassem, aged 14 or 15, was taken to a Sharia court in the city of Al-Reqqah after the Islamic State of Iraq and Syria (ISIS) militants caught her using the social network. Fatoum Al-Jassem was sentenced to death by stoning after the court decided she had shown immoral behavior.

Although Facebook is not prohibited in Iraq and Syria, Islamic extremists say it is the equivalent of adultery and must therefore be punished. As an extremist group, ISIS is slowly but surely taking over several parts of Iraq and Syria. The pro-Al Qaeda jihadist group was formed in March 2013 and grew out of the Al Qaeda affiliate organization. Since then, it has become one of the main jihadist groups, making people’s lives more fearful every day. ISIS has been renounced by Al Qaeda, who said the brutality of ISIS is far too extreme for them.

It is not clear how big ISIS exactly is, but it is thought to include thousands of fighters, including many foreign fighters, who hold leadership roles within ISIS. Apart from having presence in several cities in Syria and Iraq, it is also present in towns close to the border of Turkey and some experts say the jihadist group might even be a danger to Turkey.

Al-Reqqah, where Fatoum lived, has been taken over by ISIS in March 2013 and has caused residents to fear for their lives. Rebels who have spoken about their opposition to ISIS have been arrested and locked up in jail without trial and women are no longer allowed to leave the house without a male relative or see a male doctor. Activists in the once liberal Al-Reqqah now compare their city to the Taliban-ruled Afghanistan and cannot believe an innocent Facebook account has caused a young Syrian girl to be stoned to death.

Although ISIS is taking control of many parts in Syria, they are forced to leave other parts. In Addana, residents are trying to pick up their lives after ISIS has left behind grief and sorrow. In January, several rebel groups joined their forces to launch an offensive against ISIS. One of Addana’s residents, Ayoush Ali, has two younger brothers who are missing since ISIS took control over his city a year ago. Together with his neighbor, he has dug up a grave, hoping to find answers. “My brother just left the house to buy tomatoes, sugar and socks for his kids. I found a foot, a shoe and a jacket in this grave. It’s the same jacket that my brother used to wear,” he said.

With rebel groups joining their forces, ISIS may be forced to leave certain parts of Syria and Iraq, but as this jihadist group continues to grow, other parts of the country are at risk of being controlled by ISIS. For Fatoum Al-Jassem, the unified rebel groups are too late, as a Facebook account has caused this innocent Syrian girl to be stoned to death, but residents of Al-Reqqah remain hopeful.