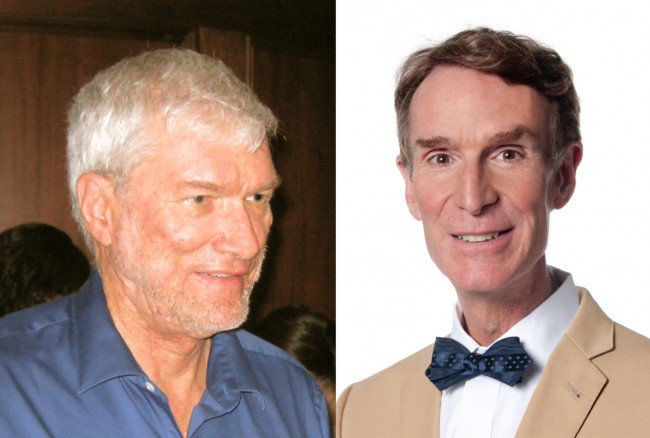 This definition is still vague, however, since it fails to provide the criteria necessary to determine whether or not something is intelligently designed ‘within nature’. Of course, no one would hesitate to deny the universe contains objects which are deliberately designed. All one need to do is look into their immediate purview to find evidence of artifacts deliberately crafted by society. Nevertheless, intelligent design purports a claim far less trivial: That nature itself exhibits features of intelligent design.

Intelligent design holds that systems within nature exhibit features of intelligent craftsmanship if they either are (1) an irreducibly complex system and (2) are more likely to arise intentionally than unintentionally. Common examples include the origin of the universe, the finely-tuned structure of the cosmos, the beginning of life and the existence of consciousness. Intelligent design leaves unanswered the guise of the intelligent designer. Suggestions include a being like God or a highly advanced extraterrestrial intelligence capable of seeding life onto distant worlds and/or simulating universes.

To proceed into the issue at hand, is intelligent design science? In answering this question, one must examine the nature of the scientific method. In particular, for any theory to be ordained scientific, it must meet the criteria of (1) being easily falsifiable, (2) contains explanatory power and (3) makes experimental predictions that are consistent with data. Of course, this is a rather facile description of how the nature of science actually operates. Nevertheless, the listed criteria will serve as a basic foundation to determine whether or not intelligent design is scientific.

The beauty of intelligent design is that it predicts fingerprints of a cosmic agent, which can be found in irreducibly complex systems. Perhaps the most notorious of these is the bacteria flagellum. The bacteria flagellum is a motor like structure attached to the end of particular bacteria which propel them from one host to the next. The bacteria flagellum is glued together by various proteins. If one of the proteins is removed, then the bacteria flagellum ceases to function entirely—like removing the batteries from a watch. Thus, the system is irreducibly complex. The claim is that as a system increases in complexity over time, the probability that the assembled parts would originate by natural selection decreases. Therefore, it is more likely these structures arose intentional rather than unintentional.

The bacterium flagella has been thoroughly tested and rebuked. While it is true that the removal of a protein causes the flagellum to cease functioning, scientists find that the remaining proteins, which originally comprised the flagellum, comprise a simpler system known as the type three secretory system, which is exactly what would be expected if the bacteria flagella had evolved from a prior intermediate. Furthermore, the proteins that comprise the type-three secretory system are homologous to other proteins founds inside cells. Nevertheless, the point to be driven is not that intelligent designed has been falsified but that it is both testable and falsifiable, thus making it a scientific theory worthy of the name.

Opponents of intelligent design take refuge in the claim that since intelligent design has been falsified, it is not a scientific theory. Yet this commits a basic fallacy within the philosophy of science—namely, just because a theory is false does not mean it is unscientific. All scientific theories are mere approximations, some of which are closer to truth than others. The history of science is riddles with examples. The most apparent of these is Newtonian physics, which was demonstrated to be a mere approximation of a deeper theory developed by Alter Einstein known as special and general relativity. Phlogiston theory was a theory that postulated a fire-like element known as phlogiston in order to account for combustion and was later superseded by the theory of oxygen. Although phlogiston theory has long since been abandoned, it still holds to the entitlement of being deemed a scientific theory.

5 Responses to "Ken Ham’s Creationism Is Not Intelligent Design"