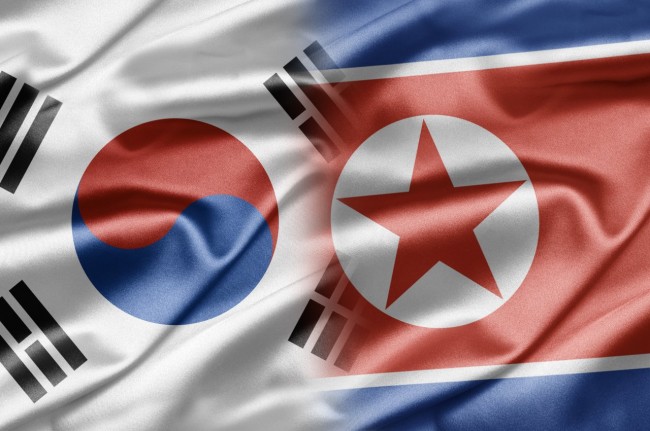 The latest Korean family reunions ended with tearful goodbyes. Separated by a 60-year-old Asian Cold War, the two countries put aside their communist and capitalist ideologies for a few days to allow some of their citizens to simply say hello.

People in their eighties and nineties, many of whom believed they would never see each other again, laughed and cried together at a resort town near North Korea’s Mount Kumgang. Separated by one of the most fortified borders in the world, elderly siblings talked and ate together. They showed off family photos before the latest Korean family reunions ended with tearful goodbyes.

Lee Chang-ju and her brother spent the weekend catching up on 60 years of lost time. Her brother playfully fed her while they talked about how they lived their lives and raised their families over the years.

Cho Do-soon cried with her long-lost North Korean brother Cho Won-Je, 82. Cho Do-soon was lucky enough to win a special lottery for the five-day reunion. There was a moment where they hugged each other and both cried.

Yoo Youn-sik, 92, wearing a gray suit and black cap, danced while attending his family reunion. His more somber sister wore a pink kimono while they reminisced.

These were only three of the 58 Korean family allowed to gather for five days. Many people from South Korea brought clothing, food, and medicines for relatives who could not otherwise find such items. Both countries bar its citizens from visiting each other, making phone calls, or sending letters. North Koreans can be sentenced to labor camps along with their relatives if they attempt a defection.

To date, only 22,000 Koreans have had face-to-face family reunions. A further 18,000 have had approved video conferences. North Korea only selects highly trusted citizens whose family members are not jailed for offenses such as speaking out against Kim Jong-un’s government. South Koreans must win a lottery among 72,000 elderly citizens who can confirm having a family member still alive in North Korea. The only way of making such confirmations is through third-party agencies such as the Red Cross. With a waiting list of thousands, neither government permits second visits. There is currently no word when the next set of family reunions will take place.

In the past, when the North Korean government permitted such events, they were rewarded with large quantities of food and medicine. The current South Korean government led by President Park Geun-hye has only agreed to send vaccines and disinfectants to combat a recent outbreak of foot-in-mouth disease.

At the end of the five-day event when it was time to go, an 88-year-old man stood next to a bus holding up his arms to an open window where his sister Park Joon-soon held his hands. “Brother, brother, my brother! How can I live without you?” Park Jong-soon said to him. “Stay healthy! We will see each other if we are healthy.”

For over 60 years, Lee Chang-ju, Cho Do-soon, Yoo Youn-sik, and Park Jong-soon all clung to the belief that one day before they died, they would see their loved ones from North Korea. For five days, the two governments granted their wish. Knowing they will never see each other again, many Korean family reunions ended tearful goodbyes.