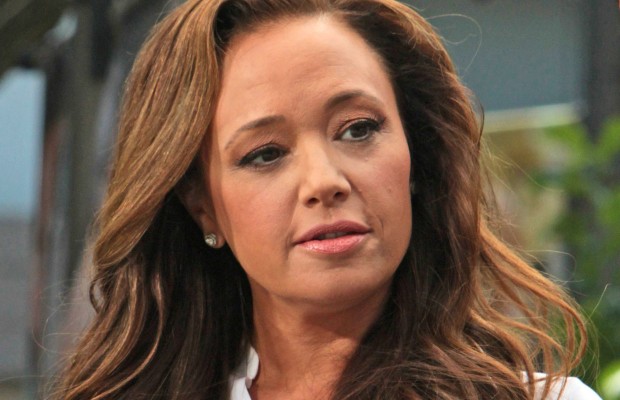 Leah Remini has finally gone public with her reasons for leaving the Church of Scientology last July. In a recent interview with Buzzfeed, the King of Queens actress disclosed why she felt the need to break ties with the controversial religion. Remini said the decision to leave the group was not easy, but her family comes first and she realized that the religion was not supportive of that claim. The actress was a lifelong member of the organization and grew up following its teachings.

According to its website, Scientology is a religion that offers a precise path to complete and certain understanding of one’s true spiritual existence and one’s relationship to self, family, all material and spiritual forms of life, Mankind, the universe, and the Supreme Being. It is not a dogmatic, faith-based religion, but instead the group encourages its followers to self-realize the principles of Scientology by applying the them in life and experiencing the results. Scientology emphasizes certain fundamental truths, which are focused on the spirit above the mind and body. These truths include the consideration of Man as an immortal spiritual being, his experience extends over many lifetimes, and his capabilities are unlimited if not fully realized. Additionally, the group maintains the belief that Man is essentially good and one’s own spiritual salvation is dependent on himself and one’s harmony with the universe. The overall goal of Scientology is to attain spiritual enlightenment, self-actualization, and freedom for Mankind.

During the interview, Remini revealed many factors played into her decision to part ways with Scientology. However, the primary reason was concern for her 9-year-old daughter, Sofia, who was approaching the age of acclimation into church. Once a child reaches this stage, the group starts an auditing process in which an intense period of inquisition is undertaken. The comedienne’s realization that her daughter would soon be subject to the same scrutiny she faced as a child prompted the former The Talk host to take action. Remini’s own upbringing within the group’s stranglehold had a profound affect on the actress. She recounted the difficulties her family faced because of her mother’s allegiance to Scientology, and how much resentment existed between the actress and her mother due to those experiences. Ironically, when Remini made the decision to leave the group for the sake of her family, her mother turned out to be one of her biggest advocates.

The actress wanted to clarify to the public that she did not just abandon her religion. In fact, she approached other members and friends within the community in an effort to affect change to the organization’s policies and priorities, but the response was only resistance and suspicion. The comedienne has also encountered many repercussions since her very public renouncement of the group last year. There has been significant public backlash directed at Remini–some of it positive and other aspects traumatic. She detailed how many of her celebrity friends, like actress Kirstie Alley, who are also members of the group, have ostracized and attacked her in the aftermath of her exit from Scientology. The actress is considered a traitor to the cause and has been heavily demonized by the organization and its members.

Despite the turbulent time that followed her stance, Remini does not regret her decision to leave Scientology and knows her reasons were sound and justified. She wanted to send a positive message of “family first” to her loved ones and felt she needed to practice what she preaches. The actress said she considers herself lucky to know who her true friends are, such as Jennifer Lopez, and can even enjoy a glass of wine now, both of which were unknown when she was associated with Scientology. Moreover, Remini experienced relief in knowing that she is no longer a hypocrite or living a lie, both of which she realized had defined her previous life. Today, the actress is focused on her family, upcoming comedy series, and living a non-judgmental, true life.