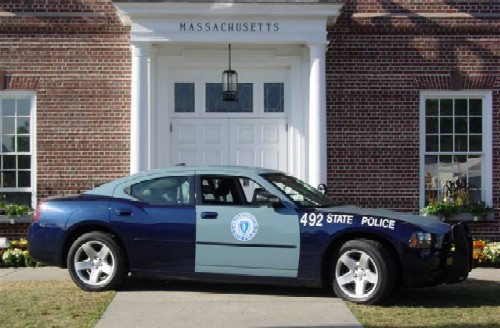 Massachusetts State police have released alarming statistics on Tuesday that show heroin overdoses are epidemic in that state and have killed almost 190 people and there are most likely very many more. This has happened since November of 2013. These statistics state that deaths from the drug was the greatest in Bristol County, with nearly 35, 30 in Middlesex, over 20 in Essex, nearly 20 in Plymouth and 15 in Norfolk County. The police ascribed the dreadfully high numbers to an unusually strong type of heroin that had been laced with a powerful painkiller known as fentanyl and also other ingredients; common poly-drug use which means the use of heroin along with other drugs at the same time and the fact that heroin is very easy to get. It is believed that this very powerful type of heroin is possibly what killed Philip Seymour Hoffman.

The demises were added into the death counts by the homicide units, which are connected to various district attorneys’ offices located all over the state. The case count started in November because the Massachusetts State Police started this new tracking system at the end of last year.  One of the state’s chief justice’s stated that the state of Massachusetts was in the middle of a public health emergency which demanded a swift, comprehensive response. United States Senator Edward J. Markey stated on Monday that heroin was a curse upon American unlike anything that had been seen before. He gave a speech at a news conference which was held in Taunton, Massachusetts. It has experienced a sudden increase of overdoses as well. The senator was joined up with the chief of drug control policy from the White House in Washington, D.C.

State police spokesperson David Procopio explained that treatment along with public education components is similarly important. The investigators are continuing to examine and scrutinize the problems in combination with local police departments. It is firmly believed that this is a huge problem that will not be solved only by arresting people, although police enforcement on the street is essential.  He added that once they were able to gather more information about the heroin overdoses, it would be given to the public.

The city of Boston’s heroin death amount was not directly available but the city’s Health Commission keeps track of overdoses. Yet it does not separate between deadly and non-lethal overdoses. The Massachusetts state medical examiner does not keep such statistics, stated a spokesperson for the state office of Public Safety and Security. City health commissioners explained that one key factor of heroin overdoses which is showing up is that of paramedics using the lifesaving overdose antidote drug Narcan. That drug’s usage has went up radically since the first of this year.

Also during February, the Boston mayor launched a campaign for the entire city to fight against opiate overdoses, stating that he wanted Narcan kits inside police cruisers, fire trucks and also inside the actual houses of drug addicts themselves. It was also announced that a series of city health conferences would be held to help refer addicts to where they could get treatment. The city was also attempting to get individuals to throw away any unused prescription medication at certain kiosks set up inside various police departments.

Repeating, Massachusetts State police have released alarming statistics on Tuesday that heroin overdoses have killed nearly 190 people and it is most likely very many more in that state. This has happened since November of 2013.