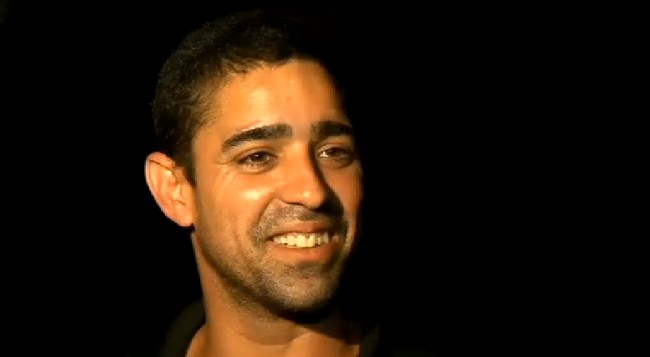 A missing child alert has been canceled after three Miami-Dade children have been found, safe and sound, on the other side of the country in California, one week after their disappearance.  They will soon be back in the custody of their father, Steven Pena (pictured above).

Just this week, the children’s father had been awarded sole custody and it seems their mother couldn’t handle the situation.  The mother, Carrie Weingarth, together with her boyfriend, Christian Coello, took off with the children.

The children’s father, Pena, told the media that he just can’t wait to grab his kids and give them a big hug.  Pena said that after a stressful week, he was thrilled to receive a phone call from the police, saying that Weingarth was in custody and that his children would soon be on their way home.

It all started last Friday when Weingarth tried to take her son, 12 year old Erin Pena out of the Gulfstream Elementary school without authorization.  The school wouldn’t  allow her to take the child and according to police, she then sneaked back into the school and took her son out of the cafeteria.  She and Coello then took Erin and the other two children, Derrick and Steven, out of the state.

Weingarth’s older sister, Melissa Weingarth apparently asked her sister to return in the media saying that they could help her and “make things better.”  The sister said that Weingarth didn’t do anything wrong and that the family wanted her home.

Police have been tracking them across the country and finally found them in Barstow, California on Thursday.  A warrant was issued by Miami police for Weingarth’s arrest and the couple were taken into custody after the three missing children were found safe in California.

Pena told the media that it has been devastating, not knowing where the children were, saying, “It’s just been driving me crazy.”  He wanted to know they were safe, and now he does know, can’t wait for them to come home.

Apparently Weingarth’s family are also happy that the children have been found.  According to Weingarth’s grandmother, Lillian Weingarth, she hasn’t talked to her granddaughter since the disappearance and can only “thank God” that everything’s alright and they are safe.

The grandmother added that she is sure Weingarth is sorry that she did it but that she “loved the kids and she was just tired of all the hassle.”

Erin had been living with Pena up until the children disappeared, but he originally shared custody of the other two children with Weingarth.  Just this week, Pena was awarded sole custody of all three children and this is probably what pushed Weingarth to take them and run.

According to Pena, once the children are home he will get them back into school and if necessary  get them some counseling to “hopefully to forget all this nightmare they’ve gone through,”  adding that he loves them and missed them.

So far it is unknown when the children will be back in Miami-Dade, but for their father and the rest of the family, it is a relief to know that the three missing children had been found, safe and sound, in California.