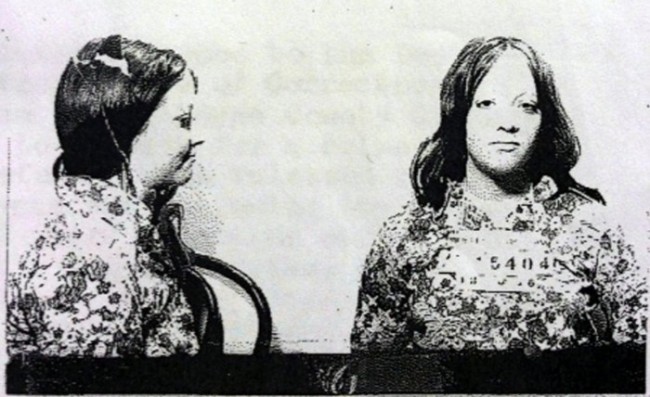 Michigan prison escapee Judy Lynn Hayman, a fugitive for 37 years, has been found in San Diego and taken into police custody.  Hayman, 60, now faces extradition in order to finish out her sentence for her conviction of attempted larceny.

A spokesman for the Michigan Corrections Department, Russ Marlan, stated that even though such a long time had passed, the sentence could not be set aside and Hayman would not be freed of her duty to society.  The state’s Parole Board is charged with deciding the length of time Hayman must now serve.

Hayman was arrested in 1977 and convicted for trying to steal clothing from a store.  At the time of her escape from an Ypsilanti prison, she had already served eight months of her 18- to 24- month sentence.  In addition to serving out the remaining part of her sentence, she could possibly be charged for the escape itself, which could potentially add even more time to the sentence she must now serve.

Finding and arresting Michigan fugitive Judy Lynn Hayman after 37 years was due more to boredom than to an extensive search for fugitives.  Lt. Charles Levens of the state’s Corrections Department usually looks for people who violate their paroles.  On one day when adverse weather and ice-covered roads prevented him from driving, he decided to gather the fingerprint records for all of the old prison escapees and then forwarded them to the FBI.

Multiple police departments were able to match Hayman’s fingerprints with those on their records, but the names for each were different.  Levens provided the information to an investigator who was able to track Hayman to San Diego.

On Monday, San Diego police knocked on the door of an apartment in a tidy, unremarkable building where they suspected Hayman might be.  Although the woman who opened the door matched the description of Hayman, the woman at the residence said that her name was Jamie Lewis and was able to produce official documents with that name.

When the officers arrived at the apartment, the woman’s 32-year-old son was there.  Police say that he looked to be stunned by the officers’ questions.

As officers questioned her, they noted inconsistencies in the woman’s story and were struck by how closely she resembled a mug shot of Hayman from years before.  Later, while being questioned further at a police station, the woman confessed that she was Judy Lynn Hayman.

Hayman’s fingerprints were on file because she has reportedly been arrested several times over the years, but has used false names.  According to Marlan, the police in San Diego “were familiar” with her.

Upon further investigation, it appears as though Hayman lived a quiet life in San Diego and kept mostly to herself.  On the walls of her apartment were photographs of her three sons.  One son, identified only as Aaron, who was born five years after Hayman escaped prison, told local television station NBC7 that he was worried about his mother, but did not mention whether he and his brothers knew of their mother’s past.  He also revealed that his mother had set down roots in her community and that she frequently attended PTA meetings and church.

Neighbors revealed that Hayman appeared to be single and unemployed.  One neighbor even recalled that Hayman had mentioned that she once lived in Detroit and that she had enjoyed watching the state’s basketball teams.

Michigan fugitive Judy Lynn Hayman, found and arrested after 37 years,  is currently in a San Diego County jail while she awaits her first hearing on Thursday morning.  If she decides not to contest extradition, she will be sent there immediately.  If she fights extradition to Michigan, there will be another hearing on Friday.  There is no word on whether she has hired an attorney.