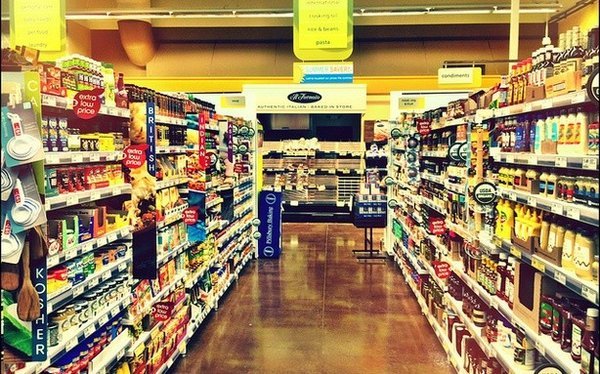 Anyone who regularly views the nutritional information on food items has, at one point or another, wondered about the origins of the serving size.  There are many instances where the serving size listed on the label often does not correspond directly with what people generally eat.  A classic example would be the portion size for ice cream.  While the ice cream label indicates that one-half cup of the frozen treat is the correct serving size, most people generally eat more.  The consumer is left with the onerous task of recalculating all the nutritional information provided based on their actual consumption.  The Food and Drug Administration is considering an update to nutrition labels, one that will realistically portray more accurate serving sizes.

In addition to updating serving sizes, the newly proposed label would more prominently highlight calories and sugar.  The labels on certain products would include information on the nutritional content of the entire package, as well as the information per serving.  This may be helpful for anyone either uncomfortable doing the math or unaware that there can be more than one serving in a package, even the so-called single-serving packages.  A side by side comparison of nutritional information on food labels could better help consumers keep track of what they are actually eating.  One driving force behind the push for the new labels is the obesity problem prevalent throughout America today.  The labels will upgrade the serving sizes on approximately 17 percent of foods to portray sizes that may be more realistic of the amount of food and nutrition that people are actually eating.

Nutritional labels have been required on all foods since 1994.  While food regulation has been around since the king of England prohibited bakers from adding ground beans and peas to bread in the 13th Century, the first official action in the United States was not taken until 1906.  The Pure Food and Drug Act of 1906 prohibited the manufacturing, marketing, transportation or sale of any food, medicine, or liquor which was mislabeled, misbranded, adulterated, deleterious, or poisonous.  This act was significant in that it provided both authority and regulatory power to the government.  This regulatory power eventually became known as the Food and Drug Administration (FDA).

The Food and Drug Administration has not had the labels updated since they first became mandatory twenty years ago.  Since then, science has progressed and news ways of thinking about foods, fats, sugars, and calories have emerged.  There are more and different additives and preservatives on the market, as well as a plethora of new sugars and sugar substitutes.  While debate continues over such things as the similarities of natural sugars versus created sugars, the safety of certain preservatives, the acceptable levels of some chemicals, and portion size; there is a need for a new nutrition label standard.  New labels will ease the process of determining what may and what may not be acceptable for each consumer.

The proposed labels will not be available any time soon.  There is currently a three month period in which the FDA is entertaining comments from both the general public and experts.  Once the comment period is over the new rules will be issued.  Once the new requirements are set forth, manufacturers will have two years to make the changes.  After those final two years, however, grocery products will have new standardized nutrition labels which will portray more realistic serving sizes, as well as updated and more modern nutritional information.