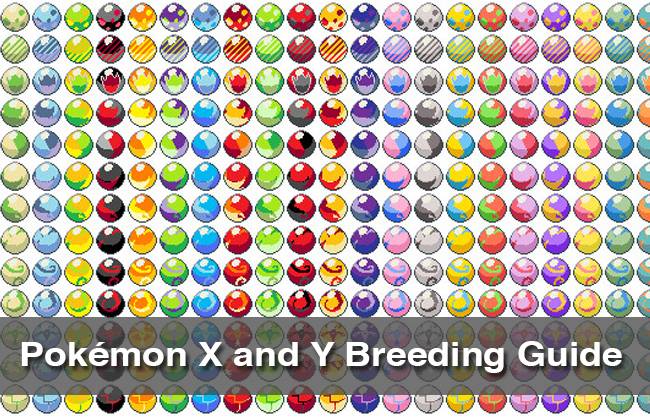 The world of Pokemon is an expansive colorful one. Pokemon X and Pokemon Y are loaded with hours and hours of content. After so much time in the Pokemon world one may wonder how to go about breeding more powerful Pokemon. Breeding can be a confusing and frustrating experience if you don’t know what you are doing. Hopefully this guide will help you in your quest to obtain more powerful Pokemon. If certain aspects still illude you by the end of the article consult the video or post your questions down below.

The Basics
Breeding takes place at the daycare which is located to the west of Camphrier Town. You leave two pokemon and after a certain amount of steps the pokemon left in the daycare will produce an egg. Simply talking to the man outside the daycare will yield the egg. How long it takes for an egg to appear depends on the parents, Ditto is the slowest reproductive parent unless Ditto is from another region, the fastest eggs (with the highest potential of being shiny) result from having parents from different regions.

To produce an egg you do not necessarily need two of the same type of pokemon but you do need two pokemon from the same egg group. For egg group specifics see the related article section at the bottom of the guide. The exception to the rule is Ditto, who is the god of breeding because he will yield an egg no matter who he is paired with (even if the other pokemon is a male) except for legendary pokemon. If you can somehow get a foreign region Ditto with 6 IV’s you have the ultimate parent and a chance for shiny babies. 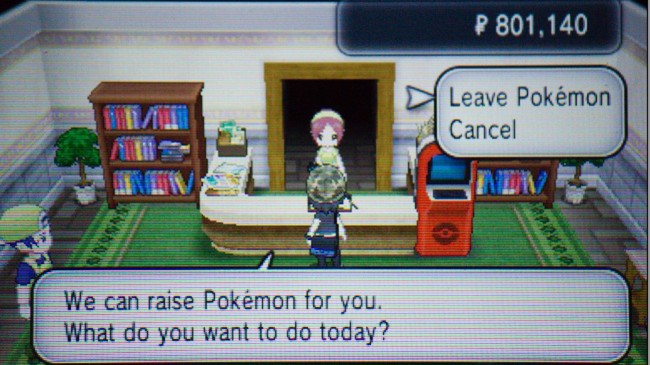 Egg Moves
Egg moves are moves that Pokemon can not learn by leveling up but can learn from the parents. This does not mean that any pokemon can learn any move, it simply that there are some harder to obtain moves that pokemon can learn. For example, if you want Bulbasaur to learn Leaf Storm, (a move Bulbasaur does not learn by leveling up) you could level up a Victreebel to 47 (when it learns Leaf Storm) and then breed the male Victreebel with a female Bulbasaur or Ivysaur or Venusaur.

When hatching eggs it is extremely helpful to have a pokemon in your party with the Flame Body ability because it cuts the steps required for the egg to hatch in half. Fletchinder and Talonflame work great for this because they have Flame Body plus they can fly you to the IV checker in Kiloude City. Keep in mind that different Pokemon require different amounts of steps in order to hatch.

Nature
Every Pokemon has a nature. These natures influence the growth rate of stats. A few natures do not influence stats at all, but those that do will cause one stat to increase by 10 percent and one stat to decrease by 10 percent. This can be used to boost a Pokemon’s most important stat and decrease the one they need the least. When looking at Pokemon in your party the stat that is blue is the decreased stat and the red stat is the increased stat. As a small note, Adamant represents an increase in attack and a decrease in special attack and Modest is the opposite.

When breeding for specific natures the Everstone is your best friend. Giving a parent the Everstone guarantees that their nature will be passed to the egg. If you don’t have an Everstone you can get one in Geosenge town from a scientist or on wild Boldores or Gravelers.

Hidden ability
Pokemon have a number of different abilities as well as hidden abilities. These hidden abilities can only be found on pokemon in horde battles or at the friend safari. Finding horde battles is exceptionally easy to find with the move sweet scent, which can be obtained by leveling a number of Pokemon inluding Bulbasaur, Foongus, Roselia and more. Once you have gotten into a horde battle you will likely need to determine which pokemon has a hidden abilty. You could try to catch one at random, but the results are… random. Instead, get a pokemon with the move skill swap, this switches the abilities of pokemon allowing you to determine which one you should catch. A few pokemon that learn skill swap from leveling include Solosis, Carbink, and Spritzee.

IV
Finally, the prospect you’ll most be dealing with when breeding for perfect Pokemon, Individual Values (IV’s). The six stats a Pokemon has (Hp, Atk, Def, Satk, Sdef, Spd) can be boosted by having IV’s. In the Pokemon Center of Kiloude City there is an ace trainer (to the left) that will judge your Pokemon. The stat’s he says can’t be beat are perfect IV’s.

At this point, the item Destiny Knot shows its usefulness. When given to a parent the Destiny Knot makes it possible for the egg to have five IV’s. Most Pokemon you catch will not have very many IV’s which is why breeding can yield the best Pokemon. It is possilbe (although very rare) that any given Pokemon could have all 6 IV’s.

Breeding
Unless you have a Ditto, breeding consists of getting two same Pokemon (or two Pokemon in the same egg group) of opposite gender. Usually one will have the Destiny Knot while the other has the Everstone. Slowly the parents will pass down IV’s and proper natures to the egg. Pokemon that have hatched will likely not have the perfect IV’s you are looking for but more likely have more than the parents, at this point you switch the parent with the child and keep going. Try not to think about the logistics of who is the parent and who is the child because it can get weird. Basically, use Pokemon with the correct IV’s until you get an egg to hatch that has all every IV you want. Yes, this will take a while.

EV
Once you have your perfect Pokemon bred there is one more thing to account for, EV training. Looking at the Super Training screen will show your progress. EV stats can be raised by items that permanently raise stats, super training, or simply fighting pokemon. This step takes quite a bit of knowledge as well, click here for a EV training guide.

Extra Notes
Don’t forget about the Destiny Knot, it allows the egg to have an opportunity to have 5 IV’s passed down to it, usually one parent will have the Destiny Knot and the other will have an Everstone. In the past newly bred pokemon would always have an ordinary pokeball to represent what they were caught in but in Pokemon X and Y the pokeball is passed down from the female.

Pokemon X and Pokemon Y has a breeding system that can be understood and dominated with the proper knowledge. This breeding guide is not the only thing necessary when making great Pokemon. Next is EV training, which can be found here. With proper planning you will be breeding perfect Pokemon in no time.