By Robin Syrenne on February 13, 2014Comments Off on Ralph Waite American TV Father Figure in The Waltons Dies at 85 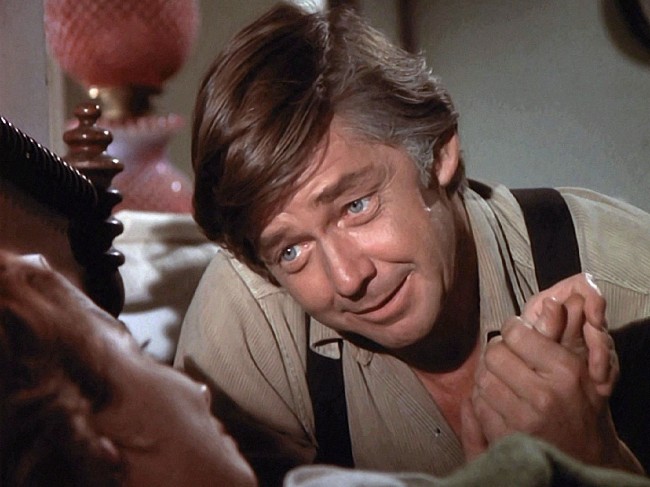 Beloved father figure of the 1970s hit show The Waltons, Ralph Waite, died at age 85 on Thursday, February 13 in the early afternoon. According to Waite’s agent, he passed away in his home in Palm Desert, California.

Waite’s acting career is extensive and varied, and continued even until 2013. Though the role that made him famous was John Walton, Sr., the patriarch of the Walton family, his most recent work was on Days of our Lives and NCIS.

He appeared on American television screens for nine years in a row as John Walton, the husband to Olivia Walton and father of seven children who worked in a lumber mill. His character was incredibly influential in American culture in the ’70s, reflected in that his character was listed as the third most influential TV dad of all time, according to TV Guide. He also reprised the role in the several movies that spun off of the series after its ninth season.

In addition to his role on the show, Ralph Waite also came on as a director for over a dozen episodes of the show’s run, and finally in 1978 he was nominated for an Emmy for his performance. This would be his second Emmy nomination, his first being for his role as Slater, a third mate on a slave ship, in Roots, a 1977 mini-series broadcast on ABC.

After The Waltons lost steam, Waite’s acting career slowed down. He appeared in TV movies and in the occasional recurring role on several shows, and though he continued acting, eventually his interests moved to another venue: politics.

In the ’90s, Ralph Waite ran for congress representing the Democratic party. He ran once in 1990 and twice more in 1998, but was unsuccessful all three times, the seats going to Republican representatives instead.

He began appearing more frequently on TV once more in the new millennium, scoring small recurring roles on Carnivàle as Reverend Norman Balthus, NCIS as Jackson Gibbs, and Days of Our Lives as Father Matt/Watt/Riggin. However, most of the people who are remembering Ralph Waite in the wake of his death at age 85, are remembering him as their favorite TV father figure, John Walton of CBS’s The Waltons.

Before his acting career and attempted political career, Ralph Waite served in the United States Marine Corps for two years in the late ’40s. He graduated from Pennsylvania’s Bucknell University with a degree in social work, and pursued that for a short time before he began studying at Yale’s Divinity School and became an ordained minister. He served as a minister of the Presbyterian faith while working at Harper & Rowe in New York.

He also established the Los Angeles Actor’s Theatre in 1975, towards which he put $50,000 of his own money.

Many are mourning the death of Ralph Waite, the man who portrayed John Walton on CBS’s hit show The Waltons, their favorite TV father figure, and sending well wishes to his family in the wake of their loss. With such a long, prosperous life and varied career, one can hardly say his time was wasted.