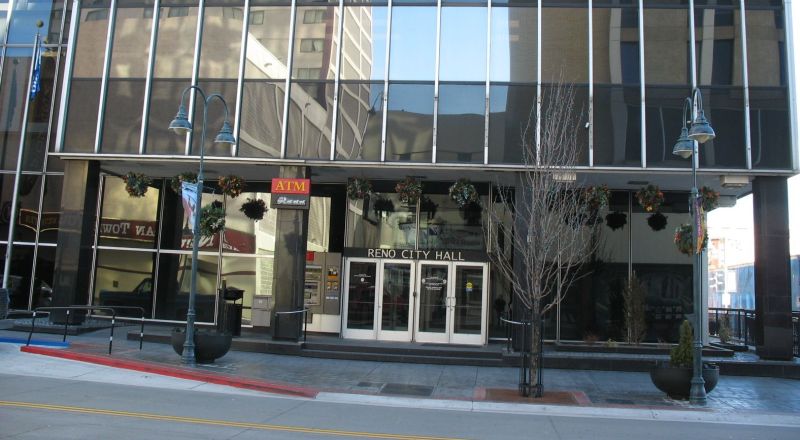 The city of Reno can expect a much larger turnout for the mayor’s race this year, because of all the fireworks heating up the local media. Four career-minded Democrat politicians who’d been serving on the city council, have been required to follow the law by the Nevada Supreme Court. Which seems to have really upset their apple carts.

Current Councilman Dwight Dortch will reach the end of his term limit this year, and was hoping to upgrade his seat to the mayor’s position. Former Councilwoman Jessica Sferrazza, who termed out of her council seat in 2012, had raised almost $100,000 to launch her bid for Reno mayor in 2014. Current Washoe County school trustee Dave Aiazzi, as well as Sharon Zadra – herself termed-out city Councilwoman – were also considering running for mayor. Dortch and Sferrazza have been the most vocal about the Supreme Court ruling, expressing their dismay at their loss.

Local Reno businessman Eddie Lorton, the mayoral candidate who brought the suit to begin with, had remained calm and positive throughout the entire ordeal. Despite accusations that he was using the law as a “parlor trick,” or that his only motivation was to remove the “experienced professional politicians” from the race, Lorton maintains that he only wanted to ensure lawmakers obeyed the law. His first vindication was when the Nevada Supreme Court readily accepted his case, the second, of course, was when he won.

Naysayers and political detractors were quick to accuse Lorton – indirectly of course – of all manner of malfeasance, making the Reno mayor race heat up even further. One detractor went so far as to call him a “Fourth Street slumlord” – off the record – simply because he owns commercial properties there. It is worth pointing out that the properties Lorton owns in that district, are the best maintained and well-kept in the neighborhood. The “Club Underground” – which is in a building Lorton owns on Fourth Street – is one of Reno’s most acclaimed nightclubs; winning best live music, best concert venue, best all-age club and best place to hear loud music, according to the Reno News & Review “Best of Northern Nevada” 2009 poll. Not too bad a showing, for a “slumlord’s” tenant.

Now that the assumed crop of Democrat contenders for Reno mayor have been required to obey the law, other Democrats are contemplating tossing their hat in the ring. Most notably, the very popular Kitty Jung – who is currently the only Democrat on the Washoe County Commission – expressed interest in running, saying “there is also a little pressure” for her to apply for the job. The candidacy filing date starts March 3 and lasts for a month, so a number of other contenders are expected to announce.

Joining Lorton on the Republican side, competing for the same donors and endorsements, will be Chuck Reno. Mr. Reno certainly brings more “political” experience to the race than Lorton, since he is a current commissioner on the City of Reno Planning Commission. However, party insiders fear that Mr. Reno lacks the executive experience or seasoning necessary to the task of leadership. They predict his chances are very low, for the 2014 Reno mayor election. Particularly in light of the fact that Lorton brings 30 years of local business experience, along with a continuing reputation for success.

Lorton himself, has been a very visible and vocal “citizen speaker” at a number of important Reno city council meetings over the past few years. As a business leader living in the Reno community, he has found it necessary to challenge the council on a number of important issues. He recently discovered there were 33 out-of-service fire hydrants within Reno city limits, leaving the city out of compliance with public safety regulations. Information which the mayor, the city council and the fire chief were simply not aware of, until Lorton brought it up in a council meeting.

By using freedom of information documents, Lorton was able to identify $2.5 million in misspending on the ADP (automated data processing) payroll system, and a $460,000 unpaid performance bond from Storage Technical Systems LLC; the people who installed the next-to-useless parking meter kiosks. A lawsuit was going to be brought against them, so they opened a shell company  possessing zero assets – which has never held a general business license in the city of the Reno – called “Curb Systems LLC.” That move forced the city to settle for $7,500 instead of the contracted $460,000. Lorton was also instrumental in exposing the $600 million in debt Reno now carries, plus $300 million in unpaid benefits. Which doesn’t even include the interest.

Many political insiders and quite a few more regular citizens, feel that those kinds of accomplishments make Lorton exactly the kind of man Reno needs as its next new mayor. One thing however is absolutely certain; now that the Reno mayor race has been opened up to new blood, things are going to heat up considerably in the 2014 Reno political landscape.