Rob Ford and Vladimir Putin Outed for Being Anti Gay 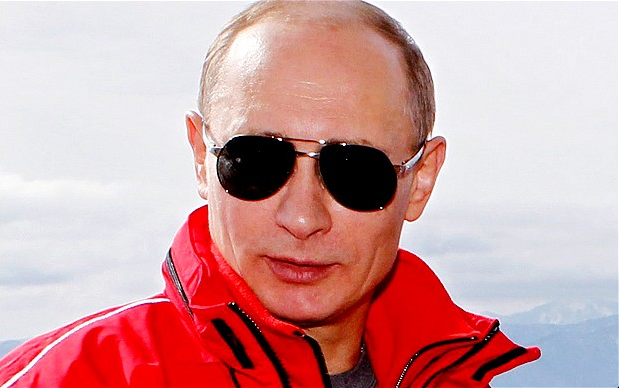 Rob Ford, the notorious mayor of Toronto and Vladimir Putin, the President of Russia, have both been stumbling of late after being outed as anti-gay. Putin has given full-throated support to Russia’s recent ban on propaganda of non-traditional sexual relations around minors, despite global condemnation of the measure. Meanwhile, over Ford’s noisy objections, the Toronto City Council voted to allow the rainbow-striped Pride flag to adorn the city hall rooftop for the duration of the Winter Olympics.

Toronto’s 519 Church Street Community Centre applied with the city to fly the Pride flag during the Olympics. Ford objected, saying the Olympics is about national patriotism and should not be politicized. He preferred to have the Canadian flag displayed on the city hall rooftop, an argument that fell flat, since the Canadian flag flies in Nathan Phillips Square, directly in front of city hall.

Openly gay Councilwoman Krystyn Wong-Tam accused the mayor of being a homophobic bigot. Ford’s ability to refute the accusation is hobbled by his refusals, year after year, to attend Toronto’s Pride Parade. The wildly popular parade was featured in an episode of the Canadian TV show, Being Erica. The mayor said emphatically he would not condone men running down the street buck-naked. Ford’s challenger in the upcoming mayoral election, David Soknacki, indicated that he does plan to attend the parade.

The genie is proving difficult to stuff back in the bottle for both leaders. Despite protestations to the contrary, President Putin and Mayor Ford continue to out themselves as anti-gay. Putin recently attempted to deflect the accusation by declaring that Russians love the music of Pyotr Ilyich Tchaikovsky and Elton John, despite their sexual orientation.

Putin claims the Russian law does not hurt anyone and is only intended to protect children. Nevertheless, Russian protester Pavel Lebedev was arrested on Saturday, for displaying the Pride flag in Voronezh as the Olympic torch came through town on its way to Sochi.

Neither of the politicians is much of a Puritan. Ford has been the subject of numerous scandals over the past year, including public drunkenness, illicit drug use and sexual harassment. Last month, his sister’s former common-law husband, Scott MacIntyre, filed a lawsuit accusing Ford of arranging to have him brutally beaten in prison. The prison drubbing, which left MacIntyre with a broken leg and shattered teeth, was committed by a couple of former football players whose high school team Ford coached.

Accusations of the Russian President’s marital infidelity and beating of his wife, Lyudmila Putina, became public after publication of a book by German author Erich Schmidt-Eenboom. The book describes how a German intelligence agent known as “Lenchen” (nicknamed “The Balcony” in honor of her copious bosom) allegedly infiltrated the Putin household and became the confidante of Lyudmila Putina during Putin’s years working for the KGB in Dresden, Germany.

Unlike Ford’s problems, neither reportedly being called “The Freezer” by his wife in honor of his chilly demeanor, nor his alleged affair with Alina Kabayeva, a former Olympic gymnast and model turned Duma Deputy, appear to have hurt Putin’s reputation. However, Nadya Tolokonnikova, of the Russian punk band Pussy Riot, believes her own statements have stung a bit. Tolokonnikova suggested in an interview with Stephen Colbert that she and her band mates were only released from prison to counter global outrage over Russia’s ban on gay propaganda. The Pussy Riot musicians were released after a two-year prison stint for offending Russian authorities’ delicate sensibilities by singing a “fun song” in a church.

Ford says he simply is who he is, and he is not interested in changing. Doug Ford came to his brother’s defense by stating he has friends who are gay.

Putin asked the world to respect his country’s cultural code by honoring the Russian tradition of not sticking their noses where they do not belong. British actor Hugh Laurie summed up the opinions of many with the sentiment that he would happily boycott Russian made products, but their only export seems to be depression. The Russian President struggled to convince members of the LGBTQ community that they would be welcome in Sochi, as long as they left the children alone.

Based on their efforts to date, shaking off the homophobia outing will continue to present a challenge for both Mayor Rob Ford and President Vladimir Putin after demonstrating so many examples of anti-gay sentiment.