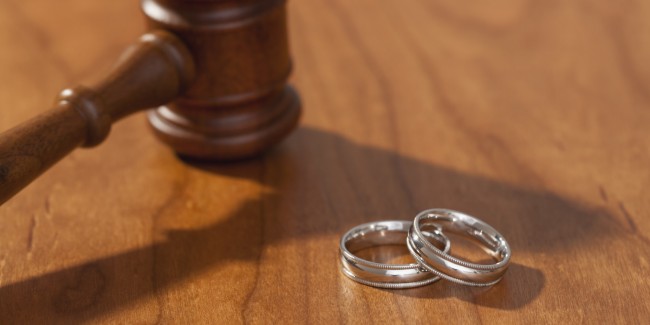 The state of Virginia just banned that state’s ban on same sex marriage in yet another major legal victory for gay marriage.  The court also said that the state must respect same sex marriages that were carried out legally in other states. If this trend continues right up to the Supreme Court, gay partners will finally be on a footing equal to their straight counterparts. That means that same sex couples need prenuptial agreements too.

The gloomy reality these days is that the national divorce rate is 50 percent while the divorce rate in some states like California is about 60 percent. Being gay is no guarantee the relationship will last.

Instead of hostilities in family court, more experts are advising that same sex couples have a prenuptial agreement before tying the knot.

Yes, some folks characterize prenuptial agreements as  “romance killers”  and they can be. However, if a married couple does not have one, each can be exposed to a financial tsunami and perhaps other heartache. The best defense is a good offense. Hence, same sex couples need prenuptial agreements too.

Most states permit couples to enter into a prenuptial agreement.  That is, couples can essentially make a contract about all  their property prior to getting married. That way if there is a divorce, the separation roadmap is in place without court and off the radar legal fees. Usually, the only thing couples cannot contract for with a prenuptial is an agreement on child custody/visitation and child support. Courts customarily have the ultimate jurisdiction over minors in custody disputes. Thus, if same sex couples do adopt a child or have one by artificial insemination, at least they may only have to go to court over this one issue or else have it mediated by a professional. That is still a lot more palatable than an all out divorce war.

Most states are also evolving in the direction of  California in that they are  “no fault” community property states. What that means is that when a couple divorces, their property is usually divided in half. A prenuptial agreement will allow couples to contract for an unequal division of property, an agreement which will be enforceable.

A prenuptial agreement is also important for same sex couples that are older and want a “late in life marriage.” Older individuals typically have more assets than younger people and they also have more financial commitments.  Often times they have established separate financial lives which can be sizable. In addition to assets, there are also debts to take into account. Thus, there is a lot more at stake. Taking the time to consider what is separate and what is community is critical.

Linked to the prenuptial concept is estate planning for same sex couples. There are such considerations as retirement accounts and pensions. Who will be the designated beneficiaries? When same sex couples do get married, should they accrue assets in both their names and own property together? Further, what about heirs and what property gets left to each other,  as well as next of kin and relatives if any?

Bottom line: It makes sense to sit down with a prospective spouse and carefully go over finances and expectations as well as exit strategies. As a result, same sex couples need prenuptial agreements too.