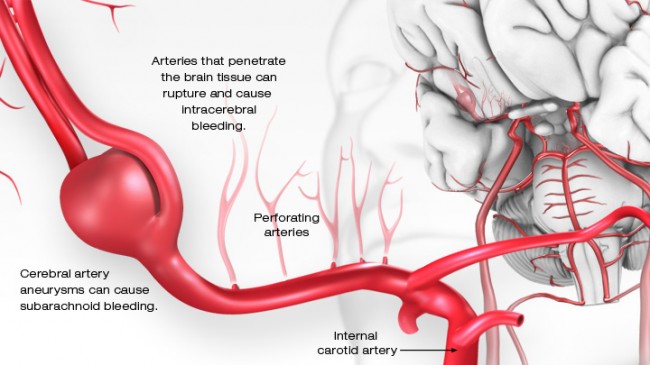 According to a latest study of researchers, vitamin C prevents intra-cerebral brain hemorrhage and stroke.  Researchers at Pontchaillou University Hospital in France have discovered that vitamin C deficiency can possibly lead to brain hemorrhage, which is a rupture of brain cells.  Stephane Vannier, the research author, said that high blood pressure, strokes, consuming alcohol, and obesity are risk factors that need to be checked when they are linked to any kind of brain-hemorrhage and vitamin C deficiency.  A healthy body has enough nutrition to combat any disorder.  However, with deficiency of vitamins and nutrition, the human body is at risk as it lacks defensive mechanism that prevents risks such as hemorrhage strokes.

Hemorrhaging makes up around 15 percent of all strokes and is considered to be one of the very dangerous as compared to ischemic strokes.  When the blood vessels inside brain burst, this leads to the hemorrhage, and it can damage the brain severely by creating swollen tissues and hematoma.  The researchers in France tested the blood vessels of healthy people who never suffered a stroke against others who have suffered intra-cerebral hemorrhage stroke.  The research showed that 45 percent of the volunteers had low levels of vitamin C and other 45 percent had normal level of the vitamin C.  Hence, those with normal levels of the vitamin C have not suffered any type of hemorrhage, but those with deficiency have suffered hemorrhages; this indicates that sufficient levels of vitamin C does prevent brain hemorrhages and strokes.

According to National Institute of Health, anemia is another ailment caused by the deficiency of vitamin C.  Anemia is related to the body’s ability to combat infection, joint pain, nosebleeds, and healing wounds.  Thus, the lack of this mechanism in the body and shortage of the vitamin causes anemia.  Adult women are advised to take 75 milligrams of vitamin C and 90 milligrams for men regularly.  The human body does not make vitamin C, and it does not store it either.  Vitamin C is required for the body to function properly in boasting immunity, repairing cells, synthesizing protein, ligaments, vessels and tendons.

Vegetables such as broccoli, peppers, squash, leafy green, beans, sprouts, potatoes, tomatoes, and fruits like oranges, strawberries, mango, pineapple, kiwi, cantaloupe, berries, watermelon, and papaya are enriched with vitamin C nutrition.  Even though it is not apparent what contributes to vitamin C lowering hemorrhage risks, but there is a strong indication that it helps to control the health of blood vessels and regulates the pressure by lowering it.

The finding will be reviewed in meeting on April 26 and May 3 by the American Academy of Neurology.  It still has not been published.  This is not the first time researchers have found correlations between vitamin C and strokes.  In 2008, researchers at University of Cambridge found that high blood pressure leads to stroke, whereas those with normal amount of vitamin C supply have normal blood levels, and less risks of stroke.  The British study in 1995 found similar patterns, but not exactly the same; old age adults with lower levels of the vitamin C are at high risk of death with stroke.  However, the deficiency is not related to causing death, there are other factors that contribute too. What this study Vitamin C might aid in to prevents brain hemorrhage and strokes.