The Art of a Sailor: Tattoos and Scrimshaw in San Diego 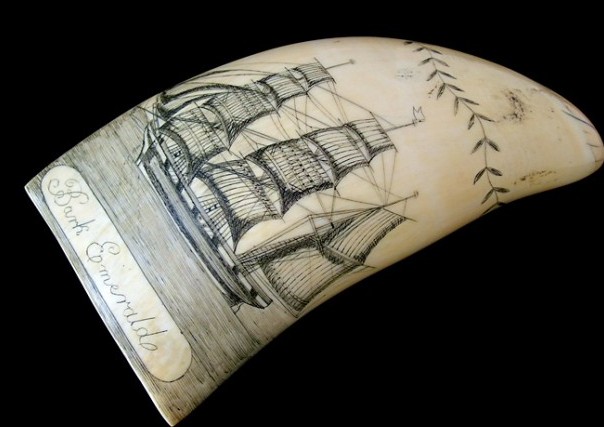 San Diego has the fourth biggest Naval Base in the United States, which makes it the perfect backdrop for the Tattoos and Scrimshaw: The Art of a Sailor exhibition coming to the Maritime Museum of San Diego on March 21, 2014.

At the height of the ship-faring age, seafarers of the 1700s sailed to the Polynesian islands in the South Pacific where they were introduced to body modification art. Tattoos became tantamount with maritime service, and from that, the modern-day Western tattoo evolved.

The origin of the word itself is thought to be derived from the Polynesian word, ta, denoting to “strike something,” and the Tahitian word, tatau, signifying “to mark something.”

For sailors, the art of self-adornment was an artistic expression, with images and symbols telling stories based in age-old traditions. The tattoos were protective talismans and good-luck charms. It was a method of making something permanent in an otherwise unpredictable lifestyle, and it became the traditional, almost customary, art of a sailor.

Aside from images of boats or women, symbols like the North Star and an anchor indicated rank, experience and stability, while a rope tattooed around the wrist indicated the sailor was a deckhand. A sailor would ink “hold” on one set of knuckles, and “fast” on his other, meant to help the sailor grip the riggings better. Other symbols, such as a pig and a hen, were intended to protect against bad fortunes at sea. 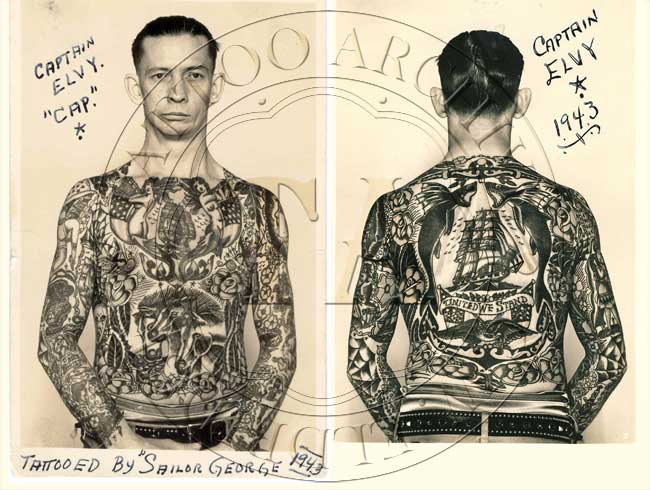 Scrimshaw, a form of folk art was practiced by 19th and early 20th century whalemen. Scrimshanders, as they were called, had a creative eye, and to relieve boredom in between whale sightings on long voyages, they made scrimshaw. Like tattoo art, scrimshaw is a similar practice, but instead of skin, images are etched on whalebone, whale teeth and ivory. Scrimshaw pieces also depict related images, including women, whaling and marine scenes. Highly skilled in engraving and the use of pigment, this sailor’s art captured stories about maritime in ink.

The Art of a Sailor maritime exhibit features tattoos, the tools used in the art, artist’s designs, or “flash,” a term used for tattoos today. Also on display are three of Captain James Cook’s journals from his 18th century voyage to the South Pacific. It was Cook’s trip to the islands that inspired the tattoo culture as we recognize it today.

Over the last century, body art has made an intriguing passage from something that was unthinkable and even offensive, to a fashion statement in Western culture. One flip through a fashion magazine or a stroll on the streets of San Diego, shows that tattoos have gone mainstream, and are visible on anyone who has the courage and cash to afford it.

Visitors to the San Diego Maritime Museum can share in the art of a sailor experience with tattoos and scrimshaw, and discover the link in the timeless images and techniques that have made their mark on Western society.