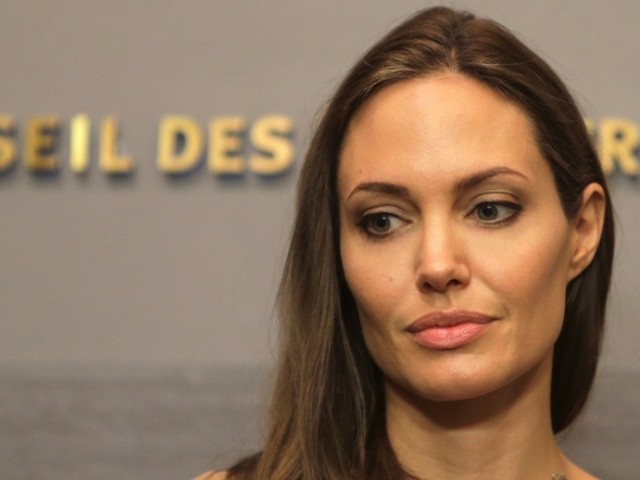 Angelina Jolie is set to undergo more cancer surgery to stave off any future occurrences of the disease. Cancer took her mother’s life in 2007 after an eight year battle with ovarian cancer. Jolie’s Aunt, Debbie Martin, died of breast cancer in 2013 two weeks after Angelina Jolie told the world about her breast cancer surgery. Jolie was told she carried the same gene as her mother and aunt, and was a high risk candidate for the disease. After meeting with a team of specialists Jolie made the bold decision to have a double mastectomy to  prevent developing the disease in the future.

In 2013, Angelina Jolie wrote a letter in the New York Times about her preventative double mastectomy surgery. Jolie explains in the article how she carries a ‘faulty’ gene called BRCA1 that can cause breast and ovarian cancer.  She was told by her doctors she had an 87 percent chance of getting breast cancer and a 50 percent chance of getting ovarian cancer. Jolie’s intent was to inform women that they had options and their risks could be greatly reduced.

Rumors are that Angelina Jolie is still not finished with surgery and plans to have both a hysterectomy and oophorectomy to prevent ovarian cancer from occurring. The procedures will  remove both the ovaries and uterus. It was Jolie’s aunt who inspired her to have the genetic testing. In 2004 Martin was diagnosed with breast cancer and it was then that she found out she carried the BRCA1 gene. After having a double mastectomy Martin had both the hysterectomy and oophorectomy to prevent a reoccurrence of cancer.

Jolie has been discussing future surgery in recent interviews. Apparently she is preparing for the next set of preventative surgeries to stave off ovarian cancer. This surgery is reported to be more invasive and the healing time a bit longer. No matter what may come her way, Jolie has an amazing support with Brad Pitt by her side. He has stated in many interviews how proud he is of her and moved by her brave actions. He states he supports her decision and wants her to live a long happy life for herself and their family.

Jolie is following in her mothers footsteps. Bertrand was in humanitarian efforts that clearly had an impact on her daughter. Bertrand co-founded the All Tribes Foundation with her husband John Trudell a native American poet. After being diagnosed with cancer Bertrand founded the Give Love Give Life organization with Trudell. The organization brings awareness of gynecological type cancers through music. Her daughter Angelina, is involved in many world causes and was appointed in 2012 as Special Envoy for the United Nations High Commissioner for Refugees. In 2006 both Brad Pitt and Angelina Jolie created the Maddox Jolie-Pitt Foundation. The foundation assists humanitarians in crises around the world.

Although Angelina Jolie is the picture of health she is not finished with her preventative cancer surgery. Jolie is taking matters into her own hands and changing life for the better much like she does for people all around the world, but this time it is her own.