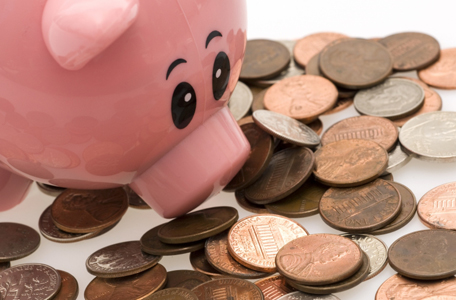 In an economy where money truly matters, millions have found themselves in debt crisis while enduring the effects of an alleged recession. A report by Linda Federico-O’Murchu on NBC News describes a story in which one person took the financial challenge and climbed out of her family’s debt crisis, slowly but surely resolving the great obstacle of poverty.

Debt is a hardship of life that can pull families and relationships apart, says Cherie Lowe, a mother of two from Indiana. Since 2009, Lowe chronicles her family’s journey from debt to freedom on a website called Queen of Free. The family was cited to be in debt by at least $127,000.

It was a hard living pinching pennies. Everything from toilet paper to the preparation of meals were part of her escape plan. Four years into this difficult living, they stopped eating meat except on the weekends. She was also reportedly making her own laundry detergent; disconnected the landline telephone and stopped buying her family clothes. Household appliances that needed much maintenance were also affected.

Lowe claims that many people do not realize companies have subsidies and programs like what her cable company called, a “poverty package.” However, even that package was reportedly too expensive for Lowe and her family at $12-a-month.

This is a common strategy many people find themselves using to dig themselves out of debt; stretching the dollar for many long years until their debts might one day be paid-off. Christopher Kimball, certified financial planner, says credit card interest rates will eat a person alive. If you pay the minimum payment at 23 percent interest rate, a consumer could literally be paying for the same pair of sneakers over the course of 20 years.

A mortgage consultant from Nevada claims buying small, or not buying at all, is key to avoiding the debt cycle seen in the current economy. It is a mistake to talk to a Realtor or a salesman before talking to a lender, as the prior simply look for that big paycheck. Though it may be a slow journey, staying wise is the best way to resolve a debt crisis.

A third of Americans believe the economy is in either a recession or a depression. It is hard for consumers to spend money that would improve the economy because they do not see the effects right away, and could suffer the consequences of poverty before the economy rises.

The National Bureau of Economic Research alleged that the United States pulled out of the recession more than four years ago. Some studies support this assessment, claiming that overall wealth increased for the average American.

Women have historically suffered the greatest from poverty around the globe, especially single mothers. According the United Nations, women’s nominal wages are less than 17 percent of that to men’s. In some parts of the world, women provide around 70 percent of labor, and produce 90 percent of food, but their income levels are far from representative.

In 2008, women made up of 60 to 80 percent of the export-manufacturing workforce in developing countries. The global economic crisis, as it has been called, caused 22 million women to undergo unemployment. Hillary Clinton believes that women and girls can be given a remedial leg-up to this problem if strategies were implemented for economic empowerment. It is slow-going, but a resolution to a debt crisis is possible.