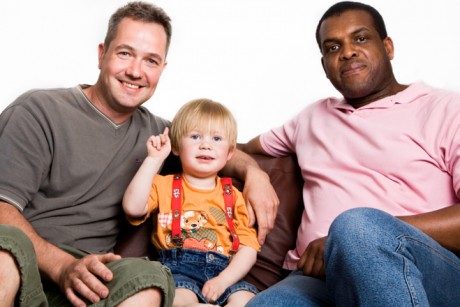 Recent events in Michigan have brought pressure on the courts to overturn an anti-gay law. Oakland County Clerk Lisa Brown says she only believes in one authority, and that is the court, not the state attorney general. Brown has testified in court as a defendant in a case that might knock down the 2004 ban on gay marriage in the state of Michigan. Much of the state’s claims are based on an anti-gay study that some claim has already been proven false by the Human Rights Campaign and many academic experts.

Brown alleged that Michigan Attorney General Bill Schuette sent a memo to 82 clerks across the state instructing them not to issue marriage licenses to gay and lesbian couples, even if a federal judge overturns the ban on gay marriage. Brown says the memo meant nothing to her since she only listens to the court for which she works.
The state called its first witness, who is a philosopher and graduate of Princeton, but this man was dismissed due to his irrelevant qualifications for the case. The state expected his testimony to consume two hours of the trial, but instead was rushed for their second witness, Mark Regnerus, a sociologist with the University of Texas. Regnerus is known for his pro-traditional marriage survey in 2012. In this attempt, Regnerus embarked on debunking 30 years of research by the American Psychological Association by proving 59 studies to have flawed sampling methods.

The abstract of this study, known as The New Family Structures Study (NFSS), presents indications that there are numerous, and consistent differences, especially in lesbian relationships, with children who have been allegedly tested on 40 different social, emotional, and relational outcome variables.

The Human Rights Campaign criticizes his research at length on many different grounds, proving the anti-gay study false. Regnerus’ survey was funded by the conservative Witherspoon Institute, and Lynde and Harry Bradley Foundation, and his entire aim was to prove all the previous studies’ sampling methods flawed, thus shedding light on the “truth” of the effects on children of homosexual parents.

One of the biggest shortcomings of Regnerus’ study involves the structure criteria of the family. He failed to compare similar family structures of same-sex marriage to traditional marriage couples. Instead of creating a fair study ground, Regnerus’ compared a traditional family structure with samples of children who had a parent who was at one point involved in a same-sex relationship.

Out of 15,000 randomly sampled Americans, Regnerus surveyed only 3,000 young adults between the ages of 18 and 39, questioning them on social, emotional, behavioral, and economic variables. Their employment status, income levels, criminal history, sexual orientation, drug habits, suicidal tendencies, and overall happiness were quantified. Only respondents who reported that their biological parents did not remain married were asked if their mother or father were at one point involved in a same-sex relationship. If the child reported yes, that parent was deemed a lesbian or gay parent. It did not matter how long the child lived with the same-sex couple; they were grouped together.

The sample of the NFSS allegedly only included people who were born between 1971 and 1994. The Human Rights Campaign reports this time frame with a norm that had a very “anti-LGBT animus.” Some of these termed “same-sex families” could have likely been a result of “dissolved unions” formed by gays and lesbians attempting to live a heterosexual life.

The impact of this study has greatly affected common belief and sentiment toward gay parents. Russian lawmakers have been reported to have cited this study in justifying recent anti-gay legislature. The Human Rights Campaign believes most laymen reading this study will not be able to see that Regnerus did not study same-sex couples and their children, but children who had a parent who in turn had, at one point, a same-sex relationship, which unfairly represents his intended population target.

The American Academy of Pediatrics stated in 2013 that 11 countries within the past ten years had chosen to recognize same-sex marriage, and there is no evidence that children in these countries have experienced difficulties as a result of these changes. After Regnerus was called to the stand, and reportedly testified for nearly four hours, several academic experts followed. These experts testified that children of same-sex couples fare no better or worse than children raised by traditional couples, thus adding more proof that Regnerus’ anti-gay study is somewhat, if not completely, false.