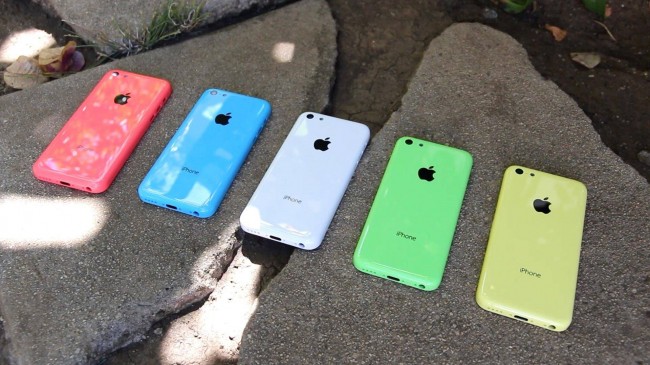 A new Apple iPhone 5C has emerged for less on the European market. Rumor has it that the sales for the cheaper iPhone have been so poor that it has led to the tech giant to think of a new way to make sales. The phone is also expected in other parts of the world, and may even reach to the United States.

This drop in price has been rumored for a few days now, but everybody knows that rumors are just that until Apple confirms them. The tech giant never really said anything, but the new iPhone 5C is now available at stores and online in the United Kingdom.

There is one small change. The drop in price means that there is less memory on the phone. The 5C now has just 8GB of memory, which is about the same as the top end iPod Nano. While 8GB was enough for the iPods, many people may struggle with the iPhone because of the amount of space photos and videos take up. There is also no way to add memory cards, unlike many other smartphones on the market. Users will have to regularly transfer their photos and videos to their computers or to cloud storage.

This is not the first time that Apple has added different storage options in the middle of its cycle. However, it is the first time an Apple iPhone 5C has emerged for less on the European market. Most of the time the phones gain more memory as that is the thing that customers request. Releasing a cheaper version suggests the same things that many have believed for a while. The 5C just is not selling as well as the American giant expected it to.

The Apple store prices its phones differently. According to the UK site, the 8GB version is available for £429, while the 16GB is £40 more. The Verge suggests that this would mean if it ever hits the American market it will cost around $499.

The tech giant has never expressed concerns over how well the phones are selling. However, there is evidence that points towards consumers favoring the more expensive iPhone 5S model. The only difference between to two is the iPhone 5S is lighter, slightly quicker and has a better camera. The difference to the naked eye is that the iPhone 5C is available in different colors.

New rumors now suggest that the cheaper iPhone will replace the 4S. However, the tech giant continues to sell the phone from 2011. It may decide to keep it around until the iPhone 6 is released, which will likely be at the end of the year.

CEO Tim Cook has always said that change would come if it was the right time. The time has come now, and the Apple iPhone 5C has emerged on the European market for less but with a drop in memory to 8GB.