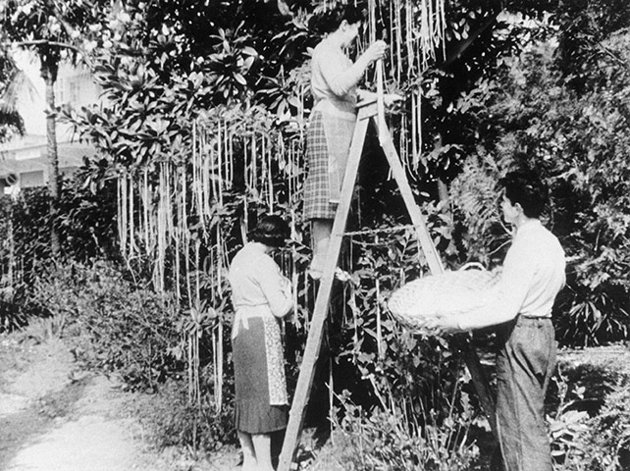 April Fools Day is Tuesday, and for those wishing to pull off a never-to-be-forgotten prank, here is some weekend inspiration from the top April Fools hoaxes of all time. Despite the fact that everyone knows the date and the chances of getting caught, year after year, elaborate and improbable stories come along and work their temporary tease. It is all too easy to be made a fool on April Fools.

From fictitious fauna like the Tasmanian Mock Turtle to the Hotheaded Naked Ice Borers, fake scientific discoveries, the sponsorship of famous monuments or dismantling thereof, spoof reports will spawn overnight on March 31.

By the way, do not turn off the computer as the Internet will not, has not and never will be closed down for a day of spring cleaning, no matter what email may arrive purportedly from MIT or other credible sources.

But the daddy of all disturbances, perhaps, was the War of the Worlds Panic broadcast by Orson Welles in 1938 that terrified Americans. Although this was technically an adaptation and went out in October, it still sets the standard for a truly incredible hoax. A radio station in Philadelphia, KYW, repeated the joke as an April Fools  in 1940 and confirmed all listeners’ worst fears that the world would end at 3 p.m. the following day. Reaction was equally as alarmed.

Pranks have been taking places since Roman times. In 1698, an invitation was sent out to hundreds of Londoners. If they gathered at the White Gate of the Tower of London at noon, they would be permitted to witness the annual Washing of the White Lions. They were fooled. No lions had been kept in the Tower for hundreds of years, never mind white lions.

One of the many sightings of Nessie, the Loch Ness Monster, was on April 1, 1972, when she was reported to have been found, dead, floating on the water.  A worker from the Flamingo Park Zoo in Yorkshire later confessed he had taken a dead elephant bull seal, packed its cheeks with stones and shaved off its whiskers to make it look more like the fabled monster. After freezing it down for a week, he lugged it up to Scotland and set up the stunt.

A few years later, in 1976, astronomer Patrick Moore pulled off an April Fools that had the additional satisfaction of making fools of many of his listeners. In a radio interview, he predicted that at 9:47 a.m. on the morning of April 1, the earth’s gravity would be reduced by the rare occurrence of Pluto passing behind Jupiter. At the moment of the alignment, he warned, those on Earth would undergo a weird floating experience.  The phone lines were flooded with people reporting their gravity-free sensations. Some swore up and down they had risen from their chairs and drifted about in mid-air.

Television certainly opened up the airwaves for April antics. One that is still fondly remembered in Britain is the 1957 edition of Panorama, which showed the bumper harvest of the spaghetti trees in Switzerland. The winter had been unusually mild, and the spaghetti weevil had not flourished, said the commentary, and the pictures showed workers in the field pulling long strands of spaghetti from the bushes. The three-minute film caused a sensation, and everyone wanted to know how to grow their own spaghetti. The BBC put out an announcement that the way to cultivate a bush was to put a strand of spaghetti in some tomato sauce and “hope for the best.”  It is sadly unreported how many tried this method of cultivation. Indeed, there may still be people out there who think spaghetti grows on trees.

In 1962, when television was still in black and white, the Swedes tricked their viewers by telling them to tape a pair of stockings over the set, and then they would explain how to re-tune and get color. Many fell for this one, and thousands of Swedish women lost a pair of tights for no good reason.

In Sydney Harbour on April 1, 1978, a barge appeared to be towing an iceberg. It caused a sensation and customers were anxious to buy some of the ice cubes from it. The plan was to sell chipped-off chunks for 10 cents a time, and because of the purity of the Antarctic water, they would dramatically improve the quality of any drink they were served with.  When the skies opened and the rain began to fall, the “iceberg” soon dispersed. It was made of plastic sheets and shaving foam.

Time was of the essence in 1980, when a report went out on the BBC that Big Ben, the iconic landmark clock in central Westminster, was to go digital and they were selling off the hands. Bids came in from as far away as Japan. It was just an April Fools joke, and Big Ben’s hands continue to count the hours.

The desire to believe in fairies is so strong in some instances that even a posting on April 1 of a mummified fairy creature, complete with wings, found on an old Roman road drove tens of thousands to the Lebanon Magic Circle website to ooh and aah at the mystical eight-inch sprite. By the end of that April in 2007 the hoaxer, Dan Baines, admitted he had made the model.

The state of Alabama’s intention to change the value of pi from 3.14159 to simply three went viral and whipped up a protest in 1998. It was not so much intended as an April Fools joke as a parody of the state attempt’s to legislate the way evolution was taught, but it did appear in the April edition of New Mexicans for Peace and Reason, which made it seem credible. Pi is still 3.14159 in Alabama.

Sport is not immune from tricksters. One of the best was Sidd Finch in 1985, an incredible discovery of a perfect pitcher signed to play for the Mets. He could throw at 168 mph and his accuracy was dead on. However, he was also a yogi who lived in a monastery in Tibet, and undecided about his career. While fans were eager for more details, George Plimpton wrote a clever sentence in Sports Illustrated, which had a hidden secret code. By taking  the first letter of each word, the acrostic spelled out “Happy April Fool’s Day.” Sports fans who were also good at crosswords were to first to cotton on that the whole thing was a joke.

In 1988, it was widely reported that Diego Maradona had signed to play for Spartak Moscow. The story was believed because the Soviets had never indulged in April foolery before. It was put down to Gorbachev and his famous policy of glasnost that humor had seeped through.

Last year, Virgin Atlantic had a lot of passengers petrified with the disclosure that they were going to make glass-bottomed jet planes. Taking a trip to the toilet suddenly seemed like it was going to seem like walking on air. Company founder Richard Branson is a renowned practical joker who had previously tried to shock Londoners by landing a UFO in Hyde Park. The mocked up hot-air balloon ended up landing by the side of a highway. Proudly announced as a “world first” on the Virgin Atlantic website, the glass-bottomed planes promised aviation explorers like himself a unique way to admire the scenery. Release date for this news? April 1. 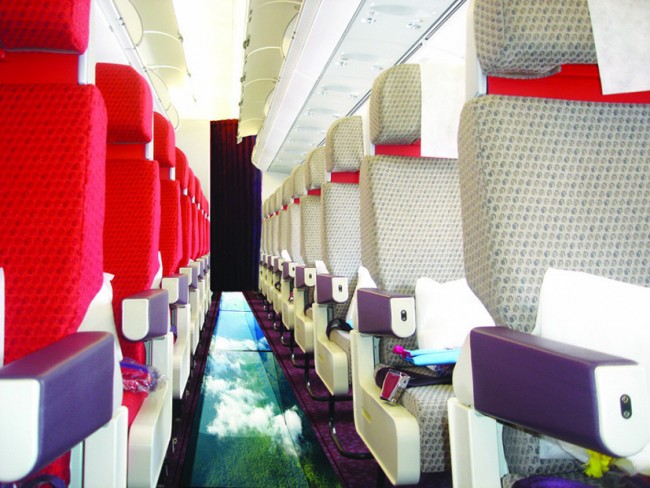 The Internet has now opened up a whole new world of opportunity for pranksters. Google nose was highly effective and had a lot of users smelling a rat, but equally as many were duped in 2013. Likewise with Gmail Blue, which was to have all the features Gmailers loved, but in blue. And Google also had fun with their proposed withdrawal of YouTube. With Internet use being such a big part of daily lives, anything to do with changes to the system sends ripples of mass responses. Be on guard, it is not just the media, as many retailers are already on the case with their April Fools PR. Shakeless Tic Tac, anyone?

April Fools is supposed to stop at noon, so remember to be vigilant! Until then, do not fall prey to one of the latest April Fools pranks ready to join the list of the all-time greats.