Aspartame by Any Other Name Can Still be Deadly 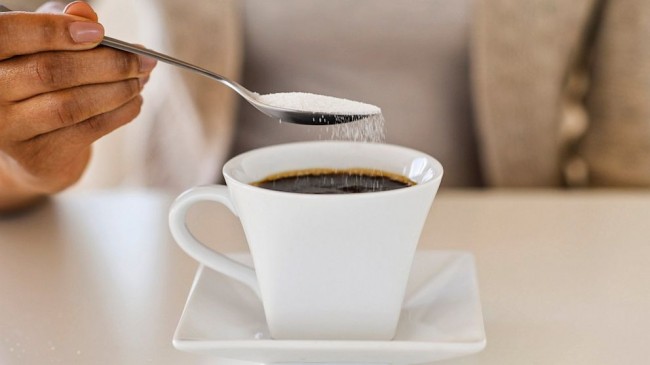 The artificial sweetener, Aspartame, that has been linked to heart problems, obesity and cancer has changed its name. Now known as AminoSweet, the toxic sweetener has been used over 25 years. Accidentally found by a chemist, James Schlatter, it was initially created, and sold, as an anti-ulcer drug. When the chemist found that it had a sweet taste, the company changed the application to the FDA from a drug to a food. In 1985, Donald Rumsfeld, CEO of Searle was the force behind Aspartame being placed on the market. If the Rumsfeld name sounds familiar, it should. It’s the same Donald Rumsfeld who worked for George W. Bush as Secretary of Defense.

AminoSweet and Aspartame are one of the same. Some health advocates are saying the name was changed to trick the public. Aspartame consists of three separate chemicals. Aspartic acid, phenylalanine and methanol. Some advocates such as Phyllis Balch, author of Prescription for Nutritional Healing, put aspartame in the “chemical poison” category.

Phenylalanine is an amino acid which is essential for healthy tissues. Phenylalanine, in safe amounts, is found in all protein bearing food such as well as dairy products and fish. All food products which contain aspartame are required to have a warning label indicating that the product is a source of phenylalanine. The label is to caution people with a genetic disorder called phenylketonuria or PIU. People with PKU cannot process phenylalanine in their bodies. They have to follow a strict diet so the amount of this amino acid they ingest is controlled. Affecting roughly 1 in every 10,000 births, PKU is identified by screening shortly after birth.

Methanol makes up 10 percent of the sweetener. When Methanol is absorbed into a body, it breaks down into formic acid and formaldehyde. A deadly neurotoxin, formaldehyde has been shown to cause cancer, eye damage and causes birth defects.

First introduced into Europe, aspartame is an everyday product now. It is found in most diet beverages, chewing gum and sugar-free deserts. As the public has been learning about the potential dangers that go with artificial sweeteners, manufacturers have been scrambling to find a replacement. The latest aspartame marketing idea was the decision to change its name.

Aspartame was first patented in 170.GD Searle & Company, the pharmaceutical firm that Schlatter was working for when he discovered the compound, instructed company official to focus on getting the FDA used to the idea of saying yes to new products.

GD Searle & Company sent a petition to the FDA in 1973 attempting to get FDA approval. The company submitted its own safety studies and many advocates now believe the studies were inadequate and misleading. Even its own scientists voiced objections over the release of the compound and finally, in 1974, the company was able to get FDA approval for use in a few products.

In 1976, the FDA Commissioner, Alexander Schmidt, contacted Senator Ted Kennedy expressing his concern about the procedure and data used to approve aspartame. The FDA Chief Counsel urged the formation of a grand jury to look into GD Searle & Company for misleading government officials about the safety of the product as well as for concealing evidence that documented the chemical as being unsafe for human consumption.

Replacing aspartame’s name to something else might fool some people, but many will reject the new marketing plan.