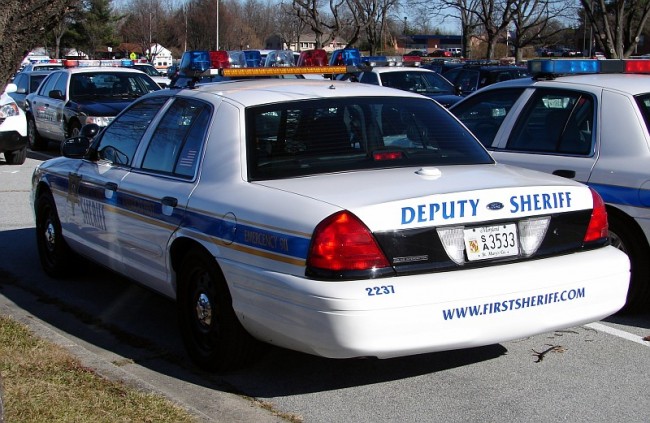 Two teen girls have been charged with multiple crimes related to what appears to amount to numerous assaults against, and the torture of, an autistic boy in Maryland. According to St. Mary’s County, Maryland officials, the girls, 17-year-old Lauren Bush and an unidentified 15-year-old, both students at Chopticon High School in Morganza, abused the 16-year-old boy over a period of approximately three months, and even went so far as to videotape the incidents. At least one of the alleged perpertrators, Bush, is said to have known the unnamed victim well.

The allegations include some of the “most disturbing” and “heinous” that Sheriff Tim Cameron has ever come into contact with since being a law enforcement officer and he says the rural Maryland community where the teens lived is reeling from the shock. The girls allegedly coerced the victim into walk onto a frozen pond resulting in his falling through the ice into the water multiple times, at which time they refused to assist him in getting out. They also reportedly kicked him in his genitals, dragged him by his hair and held a knife to his throat on more than one occasion. Perhaps the most disturbing event involved the girls forcing the autistic Maryland boy to engage in sexual contact with a family pet as a part of the assault and torture they inflicted upon him.

The question that many are asking is why. Police working on the case have said that the alleged perpetrators were caught after videos of the disturbing behavior toward the boy were discovered on the cell phone of one of the accused by her parents. The girls have reportedly confessed to having committed and videotaped the episodes, but police have not disclosed a possible motive as to why they would have done so. Sheriff Cameron described their behavior as “hard to fathom” and he questions how they could have had so much “ill will” as to commit the alleged crimes. It is unknown if the video footage of the incidents was shared with anyone else, but officials say that it does not appear to have been posted online, nor are there any other suspects in the crimes.

The two girls were reportedly arrested on March 5, prompting further investigation that led to additional information. Bush, the 17-year-old alleged perpetrator has been charged as an adult for her apparent role in the crimes. She has been charged with multiple counts of assault, false imprisonment and solicitation of child pornography. She is not being held in custody at this time. The younger alleged perpetrator has been charged with the same crimes as a juvenile, and is reportedly being held at a juvenile detention facility. The victim did reportedly suffer some injuries as a result of the alleged crimes, though the extent of his injuries is not clear at this time. Officials say that additional charges are likely to be forthcoming as details about each instance of the teen girls’ assault and torture of the 16-year-old autistic Maryland boy come to light.