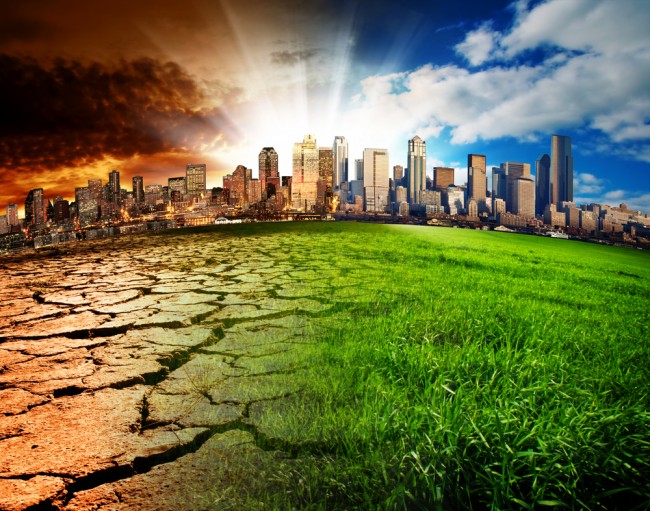 Since the smog in Beijing made international headlines in January 2013, the nationwide public cry has grown louder and louder with the worsening of its frequency and severity. This event has propelled a green-policy frenzy and the new height was reached when China Prime Minister, Li Keqiang, called for a war against pollution on March 5, in the opening of the annual meeting of the National People’s Congress. A wide range of approaches affecting various industries and regions were publicized and more details can be expected in the next few months. Among the many challenges China faces in this quest, the biggest one is its already severe water shortage, which is likely to worsen in curbing air pollution.

According to Wu Xiaoqing, vice-minister of China Environmental Protection Ministry, Beijing, Hebei Province and Tianjin produce 30 percent of the national pollution on only 8 percent of the territory, because this region hosts 55 percent of steel industries, 40 percent of cement industries and 52 percent gasoline and diesel industries. Key industries need to move away from urban centers and National Development and Reform Commission (NDRC), the economic planner of China, will issue new guidelines on their relocating. Eliminating outdated energy and industrial plants is one of the center pieces in the war against air pollution. Demolitions of of such plants are already underway. The net number of output reductions of steel and cement and the number of small coal-fired furnaces closed are huge; for example, the reduction of the steel production proposed by China is the equivalent of the annual output of Italy, but taking the size of China and the frenzied pace of building during its earlier growing years into consideration, the reductions only account for a very small percent of the total capacities.

Coal-fired power plants, which China relies on for most of its energy, are the main cause for the smog. Although China has tried hard to diversify its energy sector and made progress, in the near future, coal consumption is expected to continue rising. China’s solution of cutting air pollution while using coal is to use coal-to-gas process to produce synthetic natural gas (SNG), which is similar to natural gas and is a lot cleaner. Last June, the largest coal-fired furnace within the Fourth-Ring Road of Beijing was shut down and the plant was retrofitted to burn natural gas. New coal-to-gas plants near coal mines and the pipeline connecting them to urban centers are built rapidly. The decision seems reasonable based on the high price of importing natural gas, the vast coal reserve in China and the unbearable air pollution, but the SNG operation will worsen the already existing water shortage in their locations.

The national average of water consumed per person per year in China is 450 cubic meters, which is way below the 1,000 cubic meters defined as the threshold of “severe water stress”. Looking under this low national average number, the uneven distribution of water among regions is even more alarming. South China has four-fifths of the water, mainly in the Yangtze River basin. With only 20 percent of the water, north China struggles to support half the population and two-thirds of the farmland, mainly in the Yellow River basin. There is just 100 cubic meters per person per year in Beijing. Underground aquifers in north China are heavily used, way faster than its recharging speed. For example, the water table under Beijing has fallen by 1,000 feet in two decades, and the dropping water table in some parts of Inner Mongolia has worsened soil degradation and expanded the mobile sand area.

The perched north in China is also the home to most of the coal reserves. Most of the SNG plants, either existing or under construction, are located in Xinjiang province and Inner Mongolia province. Building SNG plants in these areas will worsen the already existing water shortage. Extreme heat and pressure are needed to turn coal into carbon monoxide and hydrogen, then steam and catalysts are added to convert them to natural gas, methane. Shale gas is criticized as a water-intensive process, but its water usage pales in comparison to SNG, which uses at least 50 times more water. The water-intensive nature of SNG was the reason for the very slow development of this industry—before 2013, there were only four projected approved. But the pace has picked up in recent years promoted by the air pollution. By the end of last year, there are 18 projected approved. The largest one is in Inner Mongolia and has started operation already, it will complete expansion in 2017 and supply almost half of the current gas demand of Beijing.

Water treatment plants and recycling plants are badly needed to ease the water shortage. Such operations need energy, adding to the energy-hunger of China. There is a pilot SNG plant in Xinjiang province which uses a new process and only needs half of the water in comparison to the traditional process. Still, the water usage in this best case for SNG is at least 25 times more than that in shale gas. Breakthroughs on technologies are expected to happen and the hope is it can happen fast enough. China won the war on poverty by unprecedented economic growth, which is the root cause for the complex environmental crisis. The war on pollution China declared recently should not create a situation that a short-term gain of air pollution is achieved on the expense of more complicated long-term crisis associated with worsening water shortage. The greenhouse gas emission from SNG is also significantly higher than simply burning coal. Experts advocate diversification of energy sector and improvement of energy efficiency, instead of charging ahead with so many big scale SNG plants so fast.

China Is Likely to Worsen Water Shortage When Solving Air Pollution added by Tina Zhang on March 9, 2014
View all posts by Tina Zhang →