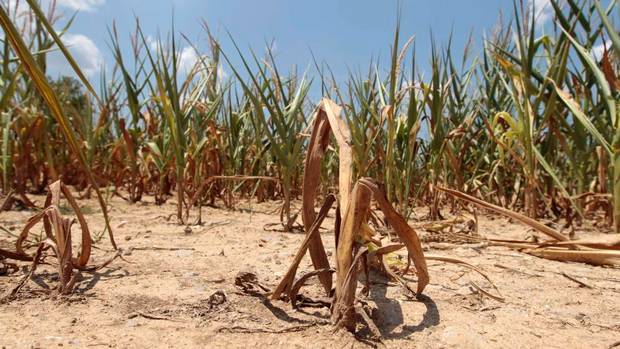 Where one half of the United States got record precipitation, the other half lived through its longest record drought to start a new year.  Even without being a scientist, can anyone in America look around and say that those two stats are significantly extreme from each other?

In an article on Scientific American‘s website, according to the Intergovernmental Panel on Climate Change (IPCC) report released in 2012, “a changing climate leads to changes in the frequency, spacial extent, intensity, duration and timing of extreme weather events.”

However, as the rest of the world is finally starting to come around to understand the indisputable link between this recent extreme weather and global warming, there is still one side of American politics that will dispute this link at all costs.

For example, as the snow and ice pummeled most of the Midwest and East this winter, FOX News and the Republican Party took no time to use this extreme cold weather as an excuse to dispute any link between climate change and global warming.  “First of all global warming is not taking place it’s kind of laughable right now with all the records that are being set,” Inhofe, R-Okla., told Fox 23.

Unfortunately for the Republican Party and FOX News, the extreme weather didn’t just stop in the freezing Eastern U.S. Here are a few other examples of extreme weather to hit the rest of the nation due to what is surely climate change in the first two months of 2014:

The argument could me made that all of these are records that were “previously” set, so how come that wasn’t considered global warming at the time they were set? However, the amount of time and rate at which these records were broken (the first two months of 2014) is a startling fact to look at. It could also be said that although it is not unusual for high pressure to build along the West Coast during winter, it is unusual to have such a persistent high pressure that ends up setting up historic droughts for the region. But so long as one party of the United States government has their heads in the sand, don’t expect much legislation to pass anytime soon on addressing climate change.