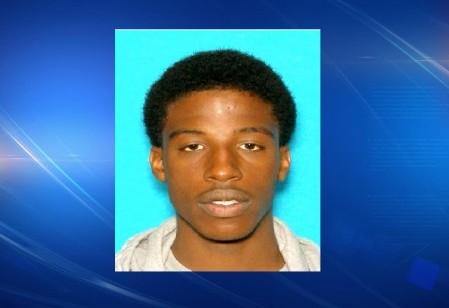 On March 13, 2014 Dallas police reported that two suspects were arrested for the alleged aggravated sexual assault of a hearing-impaired child where the assault was set up via texts. According to the arrest warrant of 20 year-old Lucas Martin, the assault occurred on March 11th in a garage.

The hearing-impaired child was approached by two males in a park on Sand Springs Avenue. As she could not communicate verbally with the two suspects, they used cell phones to text messages to one another. The young men asked the 13 year-old female if she wanted to have sex with them. The child replied with texts to Martin and his accomplice, 19 year-old Jarvis Fisher, that she did not wish to have sex with them.

The child told police that she was then led to a garage where Martin began to remove her clothes. She also told police that Fisher and Martin took turns in the assault. The hearing impaired victim also said that she screamed at the two young men to stop.

All three, the two assailants and their victim walked back to the park. Around 8:00 P.M. the child’s mother drove to the park looking for her daughter. She found Martin and the girl standing together. As she drove up, Martin ran off and the child ran to the car. The mother told police that she also saw Fisher in the park.

After getting home, the girl’s mother said that her daughter was “walking funny” and she told the child to go to the bathroom. She then asked her what was wrong and this was when the allegations of sexual assault were made. The 13 year-old victim was taken to a children’s medical center where a sex assault kit was used on the child to ascertain that an aggravated sexual assault had taken place.

The Dallas police department reported on March 12, 2014 that they were looking to arrest two suspects for the alleged aggravated sexual assault of a hearing impaired 13 year-old girl; the assault was accomplished via texts.

On March 12th, Dallas authorities stated that they had arrested one Jarvis Fisher in connection to the assault and on the 13th, Dallas law enforcement officials released a picture and description of Lucas Martin and stated that he was wanted for the aggravated sexual assault of a child.

Along with the “wanted poster” police issued a warrant for Martin’s arrest which was made public and it was revealed that the young man had no previous record of felonies. On March 14, Dallas police revealed that the suspect had turned himself in at a local police station.

The use of cellphones to text, which was how the two men and the victim communicated due to the hearing impairment of the child, adds an unusual aspect to the alleged crime of aggravated sexual assault. The Dallas police have not, to date, released a statement on the facts of the reported crime which was accomplished via text apart from what has been revealed in the arrest warrant.