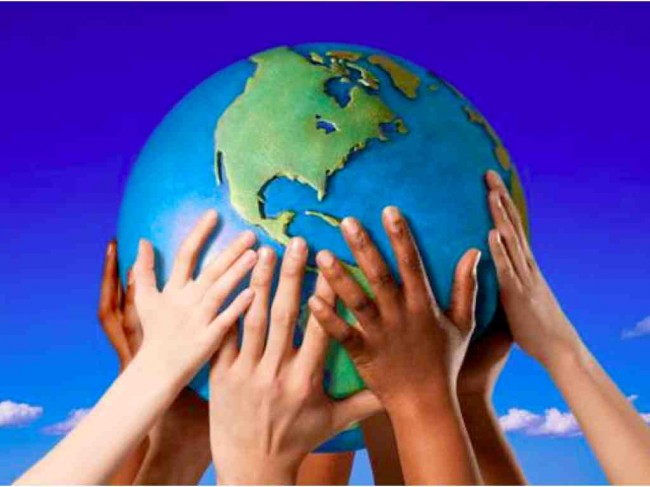 A conference on racism and diversity had some people shaking their heads when invitations were mailed out saying “whites only.” Some days it doesn’t pay to be a college administrator

An event to celebrate diversity and fight racism at an Olympia, Washington State community college was cancelled recently after a mailing to guests noted that white people weren’t invited. A group of employees, calling themselves, “Staff, Faculty and Administrators of Color,” at the South PUget Sound Community College mailed the invitation to all 300 plus staffers to attend a happy hour to celebrate diversity.

School workers who received the invitation were asked to RSVP to be given the confidential date and time of the event. The email read, “If you want to create space for white folks to meet and work on racism, white supremacy and white privilege to better our campus community and yourself, please feel free to do just that.”

Karama Blackhorn, the school’s Diversity and Equity staffer, helped in writing the invitation. Blackhorn stands by her belief that faculty of color would be able to have a more honest discussion about racism if white people were excluded. Talking about the Diversity Center, Blackhorn said, “That space is not for white people. That space is for people of color.” The school disagreed and canceled the event. An apology on the school’s Facebook page was given.

Kellie Purce Braseth, Dean of College Relations, told media in Olympia that the white-only invitation was obviously a huge mistake. “If you want to come you should be able to come.”

The Diversity & Equity Center is located on the ground floor of the Student Activity Building directly across from the cafeteria. A sign on the door announces the hours of operation. It reads, “If the lights are on, come in!”

According to the school’s website, the Diversity & Equity Center is meant to be a safe, hate-free place for all. A place where people can connect within their own communities while learning from others. The center is a place dedicated to community building and the appreciation of diversity.

South Puget Sound Community College was able to upset another group of people earlier in the same week. This time it was car enthusiasts. But it wasn’t the school’s fault.

Earlier, Chrysler had given 1992 Dodge Viper GTSs to dozens of schools. The students at SPSCC were upset when Chrysler sent a notice that the company planned to destroy its fleet of educational Vipers.

The planned destruction of the Viper, which had been maintained by students in automotive classes, triggered a campaign on Twitter called SaveTheVipers. Students also started a petition, “Operation Save the Vipers,” and received almost 8,500 signatures by last Tuesday. Some of the students, anonymously, suggested stealing and hiding the Viper. Johnathan Schwemier Racecars, a Canadian racing team, told the school it would intercede with Chrysler to get the car maker to donate the vehicle towards’s the raceteam’s program for soldiers and veterans.

According to Chrysler, the pre-production Vipers had to be destroyed since they were no longer being used for educational purposes. “With advancements in automotive technology over the past decade, it is unlikely that these vehicles would give any value to students,” the statement said.

The SPSCC’s automotive technology professor, Norm Chapman, is not against the car maker’s destruction of the Vipers, only the particular car in possession of the school.

“If this were a red convertible, I wouldn’t say anything,” he said. “My point is, this one is unique.”

The school is trying to find a way to keep the car from being destroyed and is planning another diversity workshop.Some days it just doesn’t pay to be a school administrator.