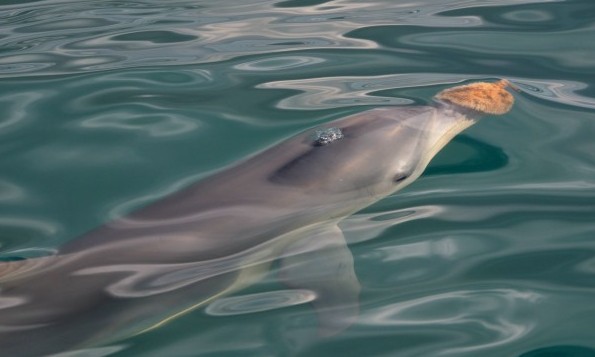 Research reveals that dolphins not only have their own culture, but also are capable of sharing their own cultural memes with other dolphin groups. As part of a highly intelligent order of marine animals called cetaceans (which also includes killer whales and other whale species), dolphins display complex social structure and learning behaviors. This high degree of intelligence combined with pro-social behavior has led to documented cases of cultural innovation and the sharing of cultural memes.

Studies into non-human animal culture and the transmission of parts of culture (memes) between animal populations have traditionally paid little attention to dolphins. In addition the logistical aspects of studying a species that lives underwater and has a wide range make studying dolphin culture quite difficult. As such, this field of inquiry was not encapsulated succinctly until researchers Dr. Rendell and Dr. Whitehead published a meta-analysis of all the data available on dolphin cultural in 2001.

Dolphins culture and cultural memes, as seen with humans, is shared within a population but does not necessarily get everyone on the band-wagon. For instance, in 1997 researchers in Australia noted that some of the dolphins displayed a peculiar behavior in which they would carry sponges for extended periods of time. Researchers could find no reason or functionality behind this behavior. “Sponging” had an avid following of only about five dolphins in the population. Other dolphins only sponged on occasion—indicating that the majority of dolphins were aware and capable of the behavior, but were otherwise less interested. However upon calving, the regularly sponging dolphins (who were interestingly all female) passed on their sponging habits to their offspring. Thus, the calves of sponging mothers also became avid spongers.

In addition dolphins have also developed culturally specific hunting habits. One such practice evolved in a population of dolphins that lived off the coast of Brazil. The practice dates back to 1847, when dolphins first started working with local fishermen to catch fish, despite no training experience. These dolphins drive schools of fish into the nets of fishermen and signal to the fishermen how many fish there are by using a complex series of rolling behaviors. The dolphins then reap their rewards by dining on the fish that are stunned and fall out of the net. As with the sponging behavior, not all dolphins participate in this behavior. However dolphins that were raised by cooperatively hunting mothers were more likely to have this cultural meme passed on to them.

The study of dolphin culture and dolphin meme sharing presents a fascinating case of independent evolution of social learning. While non-human primates may also have culture and be capable of transmitting cultural memes, it is largely assumed that these characteristics are quite similar to those found in humans because of the species’ close proximity on the evolutionary tree. What is so intriguing about the evolution of transmittable culture in dolphins is their dissimilarity to humans. In addition to being far-removed in terms of genetics, dolphins also inhabit a much different environment than humans. Therefore studying the culture of dolphins may offer insights into underlying environmental influences that might dispose a species to develop culture and pro-social behavior.

One Response to "Dolphins Share Their Own Cultural Memes"