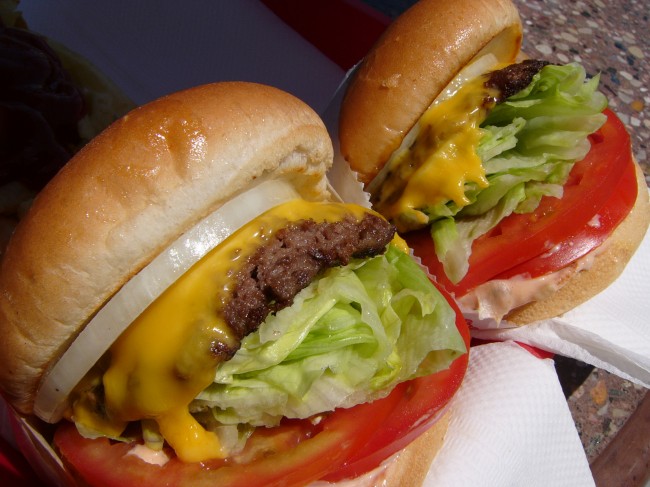 Obesity has become epidemic in the United States and a new study, published on March 13 in the British Medical Journal, suggests that obesity may be determined by proximity to fast food establishments. The study raises the question as to whether or not government regulation that restricts geographical density of these restaurants may help mitigate the obesity problem.

The prevalence of obesity has increased dramatically since the 1950s, accelerating between 1980 through the mid-1990s and leveling off after that. But, by then, one out of three adults was considered to be obese, and two out of three considered to be overweight or obese. Obesity rates are higher in developed countries but, within these countries, the prevalence is greater among the poorer populations.

The study was led by Thomas Burgoine, a research associate at the Center for Diet and Activity research in the U.K. The researchers surveyed the eating habits of nearly 5,500 adults residing in Cambridge County, England. They also considered the number of fast food and take-out restaurants near their homes, commuting routes and workplaces. The results showed that people with the most exposure were almost twice as likely to be obese. The availability of fast food was 48 percent greater at work than at home.

Although the study doesn’t predict whether limiting the proximity of fast food establishments will have a long-term impact on obesity, it suggests that the environmental context plays a major role in determining people’s’ food choices. And exposure and accessibility seem to be the factors having the greatest influence.

Other studies have been done that look at the link between fast food availability and obesity. An article by Helen Lee, published in Social Science and Medicine, discusses a study that analyzed a national survey that followed children over their elementary school years. The research used a comprehensive business data base to measure the availability of fast food restaurants. The results indicated that, although obese school children had access to fast food, other, healthier choices also existed such as readily available grocery store. This led Lee to conclude that “differential exposure to food outlets does not independently explain weight gain over time.”

This study, at first glance, seems to debunk the idea that obesity is determined by the proximity to fast food chains. But another thing that must be considered is the ease of access to the actual eating. Fast food’s appeal, after all, is that it is fast. And, although healthier choices may exist in one’s locality, these often take the form of whole foods that require preparation time.

Another study, published in Obesity, examined the home environments of adolescents and their influence on obesity. The results indicated that the eating behaviors of mothers, which included the quantities of sweets, soda pop, and processed snacks kept in the kitchen cabinets, were determinants in whether or not a child was obese. Here, again, proximity, availability, and ease were key.

The close proximity of fast food restaurants is likely, at least in part, to be a determining factor in obesity risk. But fast food may be one of several components of an environment that tempts people with easy access to unhealthy eating.