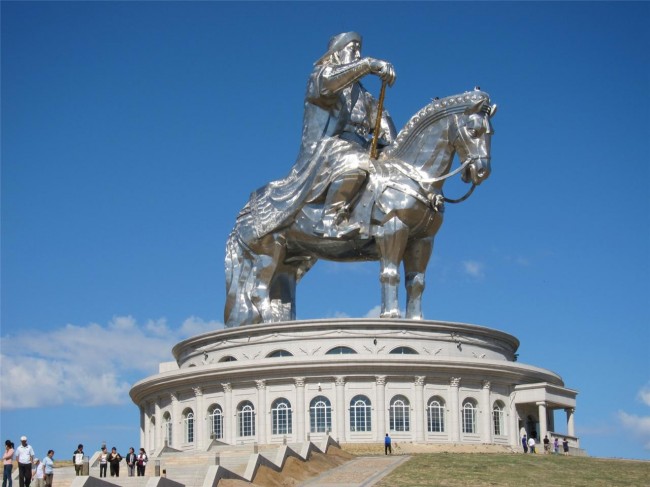 Genghis Khan was a ruthless conqueror who founded the Mongolian Empire, which eventually became the largest contiguous empire in history.  According to a study, a major factor in his success throughout Asia was climate change. The study was published in the journal Proceedings of the National Academy of Sciences, and details how Central Asia’s steppe shifted from drought conditions to a warm, wet climate that coincided with and possibly aided the Great Khan’s domination of massive swaths of territory.

Genghis Khan, also known by his birth name, Temujin, united the Mongolian tribes, who up until then had a long history of war among each other in the early 1200’s. After unification, the Mongolians conquered much of Central Asia in just a few decades. Expansion continued under Temujin’s descendants and stretched into central Europe, becoming one of the greatest in human history.

The study details that when Genghis Khan united the Mongols, he did so during an extremely dry period marked by drought.  Thereafter, an incredible period of wet, warm climate change began, aiding the swelling of Khan’s empire in Asia. Scientists discovered the change in climate by conducting research on trees, specifically Siberian pines located in the Khangai Mountains in Mongolia. The scientists extracted cross sections from dead trees and the cores of living ones, and studied their rings.

Analysis of the rings revealed that some of the trees sampled were 1,100 years old, and capable of surviving another 1,000 years. Many of the dead trunks had even remained relatively intact for a millennium before showing signs of rot. One particular tree was found to contain rings that traced back to 650 BCE. The rings change according to weather, allowing scientists to surmise from the rings what the larger climate picture looked like throughout history in a region.

“Through a careful analysis of tree-ring records spanning eleven centuries, the researchers have provided valuable information,” said Tom Baerwald, a program director for the Dynamics of Coupled Natural and Human Systems Program, which provided funding for the study. Researchers determined that the expansion of the Mongolian Empire happened during a period that was warm and “characterized by 15 consecutive years of above-average moisture.”

Why did warm, wet weather matter for the Mongols? One of the keys to Genghis Khan’s military strategy was mobility, both in travel and battle. Mongolians are nomadic and so rely on the natural ecosystem, rather than agriculture, to survive. The wet weather allowed vegetation to grow abundantly, which was necessary as Mongols relied heavily on livestock and horses for sustenance, including mare’s milk, which was a common meal in extreme situations. 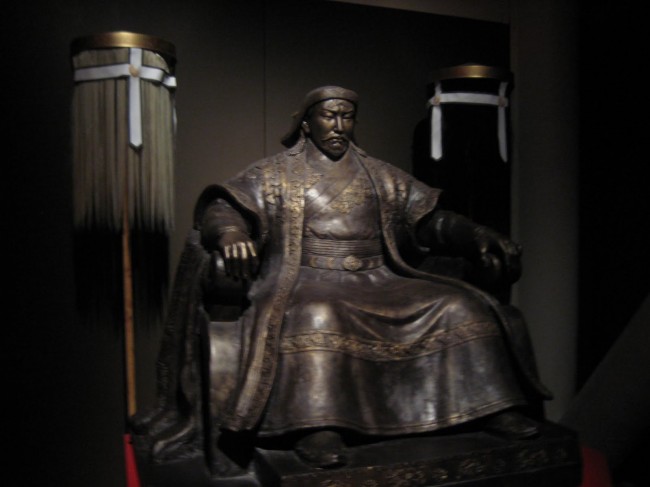 Genghis Khan’s warriors made up one of the greatest cavalries in history. Each warrior was known to own three to four horses of their own, which gave them exceptional travel ability, as riders would switch mounts to keep their horses fresh. At their best, Mongolian riders could ride 100 miles in a single day. The cavalry itself was divided into horse archers, who were lightly armored, and lancers, who wore heavy armor and used spears, swords, and axes in combat. The horse archers would ride speedily around the perimeters, shooting into their enemy’s ranks, scattering foes about the battlefield, and allowing the lancers to charge into the fury and easily steamroll their opponents. Horsemanship was vital to Genghis Khan’s armies and horses were healthy and plentiful largely due to the climate, which was perfect for sustaining the animals that kept the Mongols dominant.

In the report, a team of American and Mongolian scientists described how they used an analysis of tree rings to show that from 1211 to 1225 Mongolia experienced a period of relatively warmer and wetter weather – a stark contrast from previous decades that were marked by severe drought.

More studies are set to be performed, including research on fungal spores from animal dung that is trapped in sediment in lakes from the region, a historical documentation compilation, and further work with trees in the region. Scientists reason that much of the military success achieved by Genghis Khan’s Mongols that conquered territory in Asia and eventually Europe, was aided by climate change.