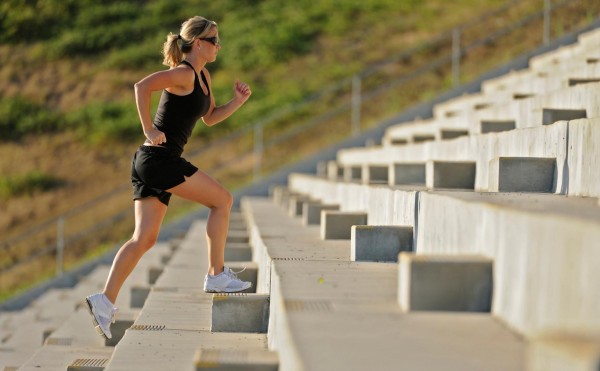 Grit, or passion and perseverance for long-term goals, was recently reported to be the best predictor for identifying successful individuals. According to a study published earlier this year in Frontiers in Psychology, people with grittier personalities are not only more likely to succeed in school and work, but also in their personal lives.

Gritty personalities were first examined in the 1950s when demographer Paul Glick noted that high school dropouts were much more likely to also divorce their spouses. This first examination of grit was called the “Glick Effect” and described how some people are disposed to persistence—both in their education and their marriages. However, aside from this, the majority of studies on successful personality types focused specifically on particular occupations or contexts. Unlike other predictors such as intelligence, previous experience, or even the Big Five personality traits (a personality profile based upon five characteristics), grit is a characteristic that is relevant across age groups, occupation, socioeconomic status, and level of education.

To evaluate the relationship between grit and success, researchers began in a high school environment. To do this, the study recruited over 12,000 high school junior students enrolled in 98 different Chicago public schools. These students were given a questionnaire that asked students about the extent to which they identified with statements such as “I don’t give up easily” or “Setbacks don’t discourage me.” A year later the researchers examined the lists of high school graduates to see who had dropped out and who had received their diploma. The results indicated that students who had expressed strong levels of grit were more likely to have completed high school. While this may seem like an unremarkable conclusion, what really surprised researchers was the extent to which grit could predict high school completion. The likelihood of a high school student dropping out is associated with a number of predictive factors such as race, gender, socioeconomic status, and school motivation. However, even after controlling for these variables, levels of grit could still be used to predict whether or not a student would drop out. Thus, it would seem that grit, more so than these other factors, is instrumental to academic achievement.

The benefits of a gritty personality are also evident in working life. Researchers determined this to be so after evaluating levels of grit amongst candidates who enrolled in the Army Special Operations Forces (ARSOF) selection course. The ARSOF training course is one of the toughest army training programs; the average graduating class contains only half the number of students that originally enrolled. Researchers evaluated the grit of each candidate by using questionnaires similar to those administered to the high school students. At the end of the study they examined which soldiers had voluntarily quit the program before graduation. Normally the armed forces predict the number of dropouts using measures of intelligence and education level. However, even when these factors were controlled for, researchers discovered that grit outstripped the predictive abilities of these other measures. This would indicate that grit, more so than any other factor, predicts success in working life.

This research confirms previous studies that examined high achievers in fields such as music, neurology, athletics, and mathematics. Such individuals display tenacious dedication to their endeavors for 10 or 15 years. In particular these studies concluded that traits like drive and energy were better predictors of success than IQ.

In addition, grittiness can also predict successfulness in marriage. Over 11,000 adults were evaluated on their grit using the same techniques that were used to assess the soldiers and the high school students. Participants also indicated their marital status. In this case there was a difference based upon gender. The results indicate that grittier men are more likely to remain married. However for women the level of grit is not associated with their marital status.

In short, the latest evidence indicates that a gritty personality, more so than other factors, is a key factor to success. In the future one might expect to see more studies on how this over-arching personality trait affects other aspects of life and how individuals may further develop their grit.

3 Responses to "Gritty Personalities Are More Likely to Succeed"