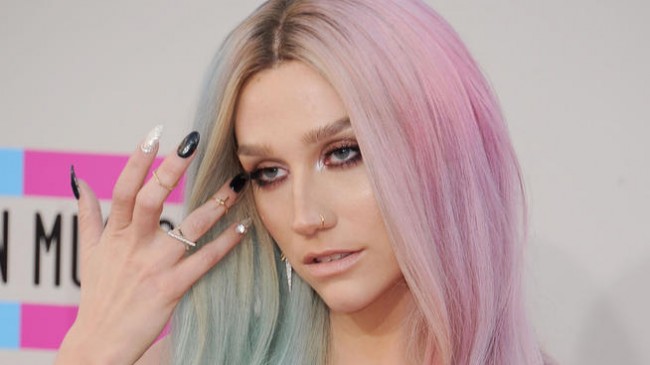 Kesha has made it through her two month rehab bout with bulimia, removed the “$” from her name, and replaced her old twitter, @Keshasuxx, for @KeshaRose, making it clear that the artist “suxx” no more in self-deprecation. The singing starlet had been touring with hip-hop superstar Pitbull before going into rehab. Kesha’s mother, Pebe Sebert, is at odds with her daughter’s mentor, Lukasz Gottwald, known as “Dr. Luke,” and blames him for Kesha’s current fight against bulimia. Claiming that Dr. Luke had commented to a family friend that Kesha had “…looked like a refrigerator,” and that she “needs to control her weight.”

The artist formerly known as Ke$ha, now just Kesha, is past her two-month rehab stay at the Chicago-area Timberline Knolls facility, and has reportedly been in extremely high spirits with a new look and is focusing on her next album. She tweeted that she felt “blessed” and was “happy to be back” followed by tweets thanking fans for supporting her through this difficult time, continued by more tweets of an exuberant starlet “playing in the sand.”

Sebert reportedly continues her own rehab for post-traumatic stress disorder. She had checked in with her daughter on January 3rd, and reportedly blames her own condition on Dr. Luke for stressing her daughter’s weight. “Ke$ha wants me to heal along with her,” Sebert had stated. The infrequent tweets that Kesha had made during her rehab indicated that it was not an easy two months, however it was a necessary situation. Due to her doctor’s recommendations, Kesha will be postponing March and April performances from her tour. However, she is working heavily on her next album, which she indicated by her tweets that she is working on “tons of new music,” meaning that a follow-up album to Warrior may be on the way.  During her time in rehab, her single, Timber, hit the No. 1 spot on the Hot 100 charts.

What does this mean for the future of Kesha, her music, and the fact that she “suxx” no more? The songstress, 27, donned a new rainbow-colored hairstyle when she arrived in Los Angeles International Airport on Thursday wearing the t-shirt she wore in a photo that has been retweeted nearly 5,000 times, prominently featuring the statement “Ima Survivor.” Kesha had spoken to E! before going into treatment, saying, “I’m a crusader for being yourself and loving yourself but I’ve found it hard to practice.”

Demi Lovato was reported to be a supporter of the freshly reaffirmed songstress, “I wish her the absolute best and I think she is doing a really great thing for herself.”  Lovato had undergone treatment herself at Timberland Knolls. Lovato, 21, also added that the difficulties of life in the music industry and how singers can focus so much of their time and effort into their work can cause them to neglect personal issues – issues that over time can boil over and affect the daily life of any singer.  Referring to the pressures and stress of their lifestyle, the Fire Starter singer stated, “It’s really great when you take time out of a schedule that everybody wants you. There are so many things, you work so hard and then you kind of forget about yourself, and you don’t really get to treat the things that everyone has like stress. You just kind of throw yourself into work.”

As Kesha’s fans await the possibility of a new album, it is plain to see in every report that she “suxx no more,” is a survivor, and her struggles with eating disorders aside, her fans don’t think she ever did “suxx” in the first place.