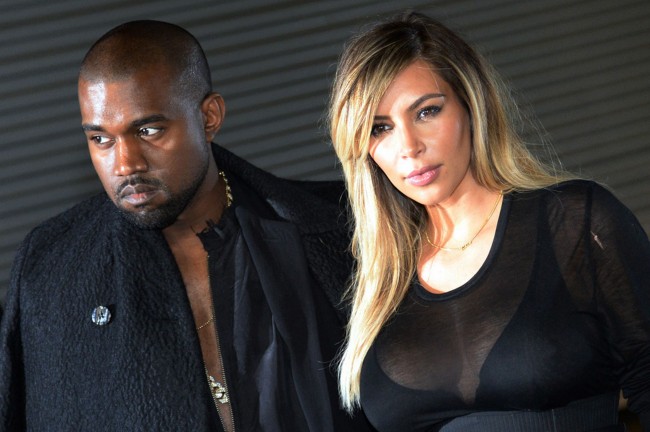 This is set to be one of the biggest weddings of the century, and will possibly be televised very much like the Royal Wedding in 2011. West has agreed to the television crew being there for the right price, and E! is set to be the chosen camera crew. This will be the second wedding for the reality TV star to be aired on TV.

So far, the plans for the wedding have been very much under wraps. Kardashian and her husband-to-be do not want a media circus like it was for her second wedding. West reportedly wants to enjoy a quiet ceremony with only a small number of guests. However, as they have been planning it, they’re realized that even smaller is the way to go. According to Hollywood Life, the guests already know that they are invited and are ready to jet off to France within the next couple of months.

May 24, 2014 is set to be a spectacular date, and not because of the wedding. The date was picked because there is set to be a beautiful meteor shower that night, which will add to the romance of the full day event.

With the date set, now all West and Kardashian need to do is finalize the plans. West is reportedly taking over the majority of the plans according to Hollywood Life, but Guardian Liberty Voice previously reported that the two were splitting up the jobs evenly. The 33-year-old reality TV star and fashion designer told Jimmy Kimmel that they have agreed on certain jobs. West is taking control of the music, while she handles the decorations for example. Both want to be very active in the planning and setting for their big day.

Rumors that the wedding was going to be in Paris this summer have been circulating for a few months now. It mainly started when the two were spotted visiting the Palace of Versailles for a private tour. The celebrity couple explained that while they would have liked to get married there, those caring for the building would not allow them to marry there. However, it did not stop them wanting to look around the beautiful building.

The exact location of the wedding has not been disclosed. It will likely remain that way if the two really want to keep their wedding day private and just for them and their family members. Some of the released plans include their daughter North having a role during the day and that there will be around 150 people in attendance. The bride-to-be is still looking for the perfect dress for the day, but it will be white.

It is not long to go now for the couple, who got engaged in October 2013. Now they have finally set their wedding date, Kardashian and West need to sit down and make the final preparations.